From transistors to micro-processors 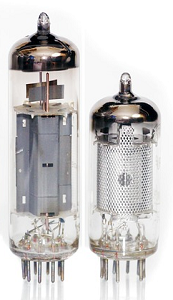 Vacuum Tubes are the precursors of transistors

Many consider the transistor to be one of the most important inventions of all time.

Though the precursors of the transistor were invented in 1907 (at the time they were not transistors yet, they were vacuum tubes called valves), these were soon replaced by smaller components called transistors. These are still the key components of modern computers nowadays.

So what is a transistor?
A transistor is an electronic component with three pins. Basically, a transistor is a switch (between two of the pins: the collector and the emitter) that is operated by having a small current in the third pin called the base.

Use the checkboxes below this transistor to understand how applying a voltage to the base of a transistor is equivalent to turning on a switch. 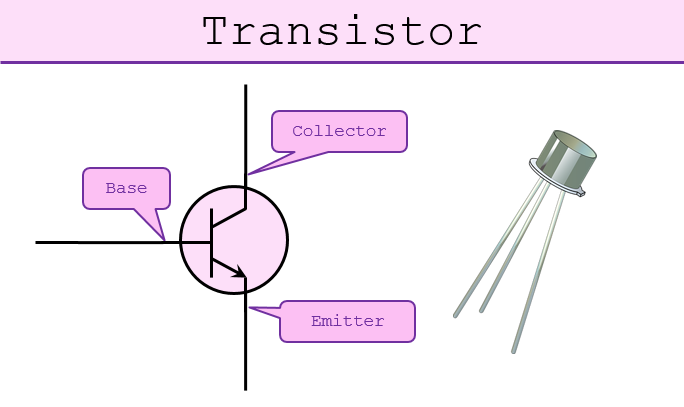 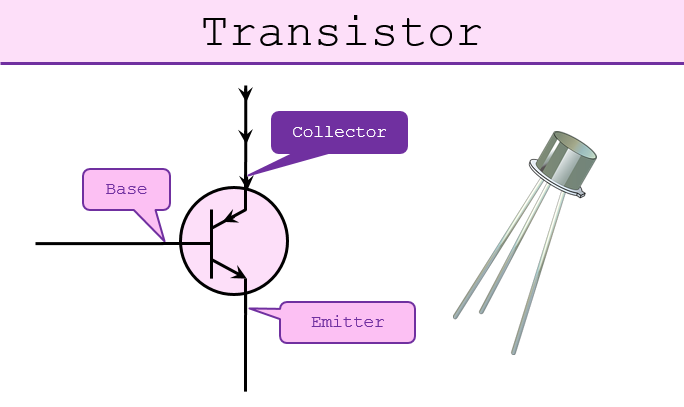 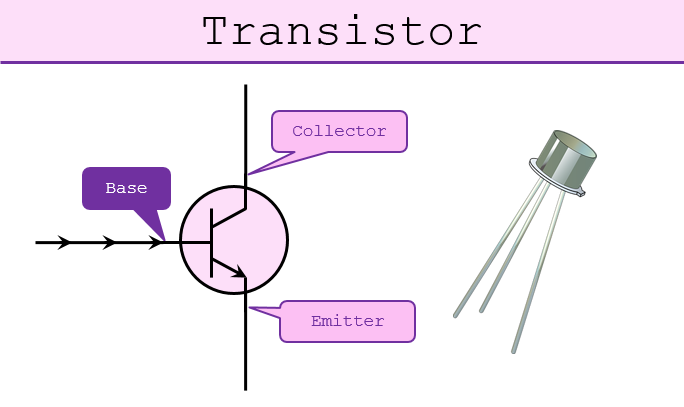 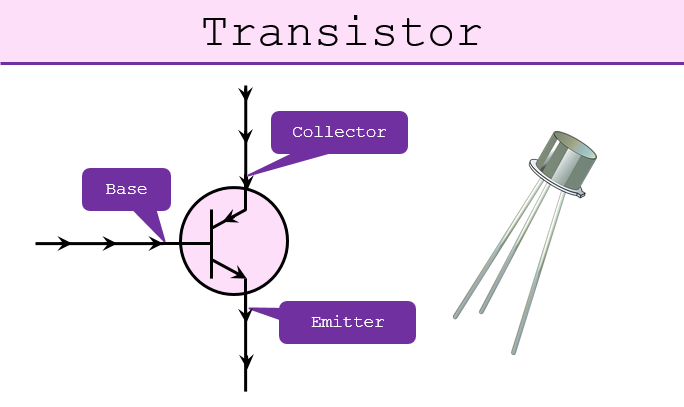 A transistor acts like a switch, operated by applying a small current to the base. 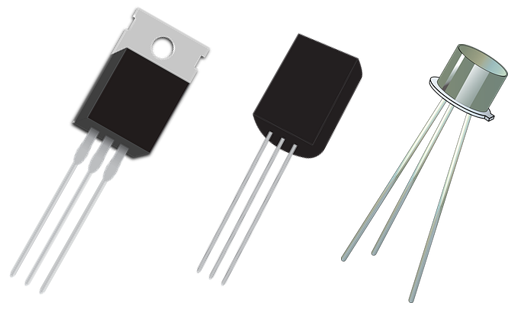 Transistors come in many shapes and sizes

Transistors are made by layering three types of materials: conductors, insulators and semiconductors.

Use the tabs below to see how some of the key logic gates are built using transistors: 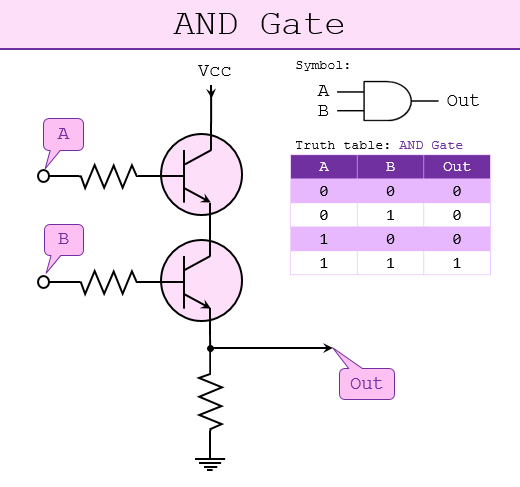 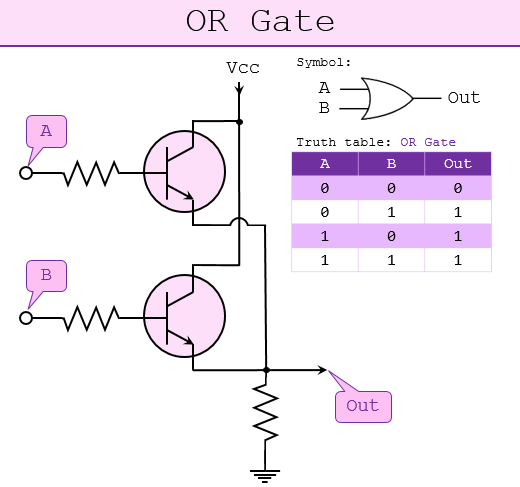 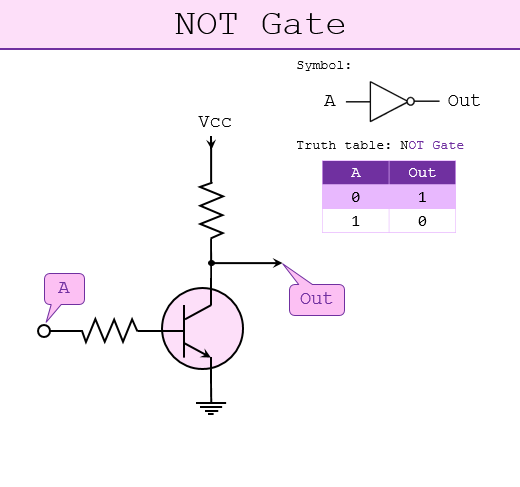 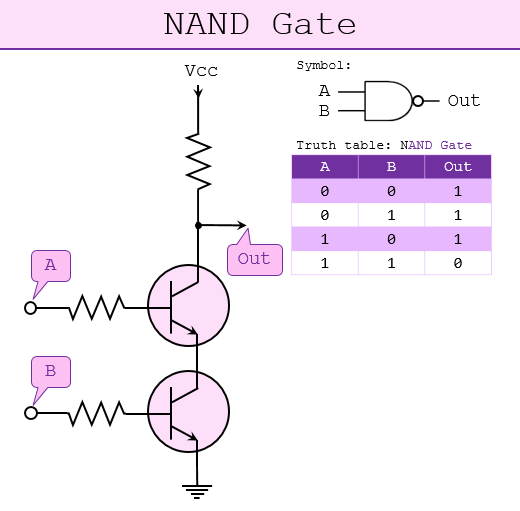 An integrated circuit (also referred to as a chip, or a microchip) is a set of electronic circuits on one small flat piece (or “chip”) of semiconductor material, normally silicon. The integration of large numbers of tiny transistors into a small chip results in circuits that are smaller, cheaper, and faster than those constructed of discrete electronic components. 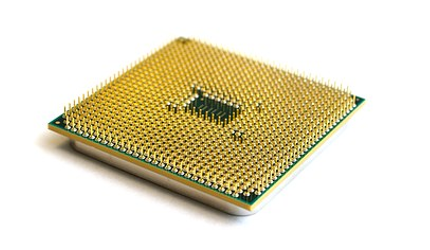 Back in the 1950s, computers consisted of vacuum tubes called valves (the precursors of transistors). These valves were quite bulky, like electric bulbs, and produced a lot of heat. The installations used to fuse frequently.

1st Generation Computers were very expensive and only large organisations were able to afford them. 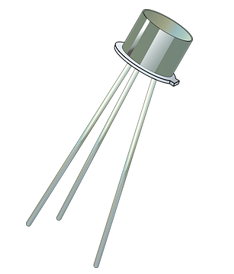 Magnetic tape and magnetic disks were used as secondary storage devices as well as punched tapes which were still used. 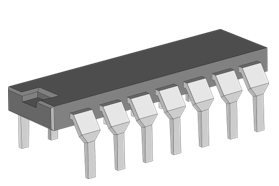 In the second half of the 1960s, integrated circuits were used by 3rd Generation Computers. An integrated circuit has many transistors, resistors, and capacitors along with the associated circuitry. This development made computers smaller in size, more reliable and efficient. 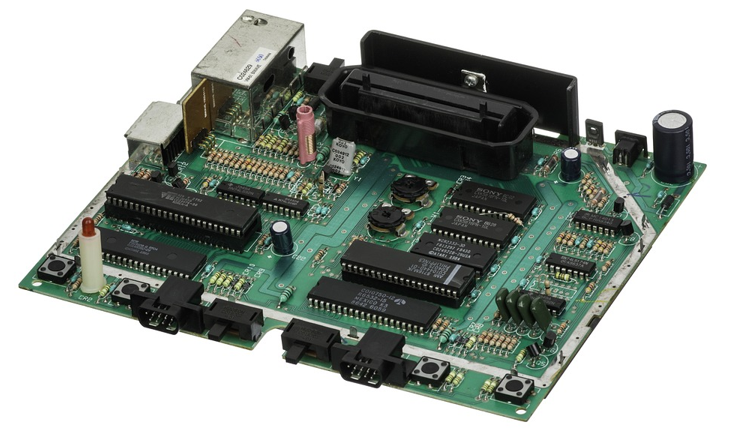 In the 1970s, Computers of 4th generation used Very Large Scale Integrated (VLSI) circuits. VLSI circuits having about 5,000 transistors on a single chip called a micro-processor.

The period of fifth generation is 1980-to date. In the fifth generation, VLSI technology became ULSI (Ultra Large Scale Integration) technology, resulting in the production of microprocessor chips having ten million electronic components.

The rate at which transistor counts have increased generally follows Moore’s law, which observed that the transistor count doubles approximately every two years. As of 2016, the largest transistor count in a commercially available single-chip processor was over 7.2 billion.