Posted on May 5, 2019 by Administrator Posted in Computer Science, Computing Concepts, Cryptography 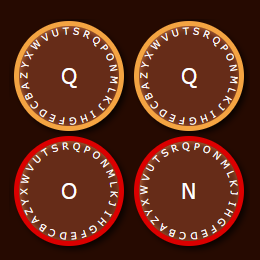 In our Enigma – mission X challenge, we looked at how the Enigma machine was used by the Germans during WWII to encrypt radio communications and how code breakers were assigned the job to crack the code of the Enigma machine.

Considering that an Enigma M3 machine consists of three rotors (chosen from a set of five), the addition of the rotor settings with 26 positions, and the plugboard with ten pairs of letters connected means that an Enigma M3 has 158,962,555,217,826,360,000 (nearly 159 quintillion) different settings!

The break through that enabled code breakers to work out the Enigma settings came from the work of Alan Turing, Gordon Welchman and their associates at Bletchley Park who created a complex electro-mechanical device called the Bombe used to work out possible enigma settings (rotor settings & positions and plugboard connections) from a “crib”. The term crib originated at Bletchley Park and refers to a piece of plaintext with its matching ciphertext. Codebreakers noticed that the Germans were regularly sending Weather reports (in German Wetter Vorhersage) and could identify the ciphertext containing these words (based on the time of the day these reports were sent).

Another message that Germans often used was the message “Nothing to report” (in German Keine besonderen Ereignisse) which was also used to identify useful cribs.

During the war more than 200 Bombes were built to help decrypt hundreds of messages every day. All these machines were fully destroyed when the war ended. An actual reproduction of the Turing-Welchman Bombe can be found at the National Museum of Computing and additional explanations of how the Bombe worked is available at Bletchley Park.

To gain a better understanding of how the Bombe worked, we decided to recreate an online simulator that you can use to workout Enigma settings from valid cribs.

Click on the picture below to access our online Turing-Welchman Bombe simulator and try to find the Enigma settings to decrypt the following cipher text: 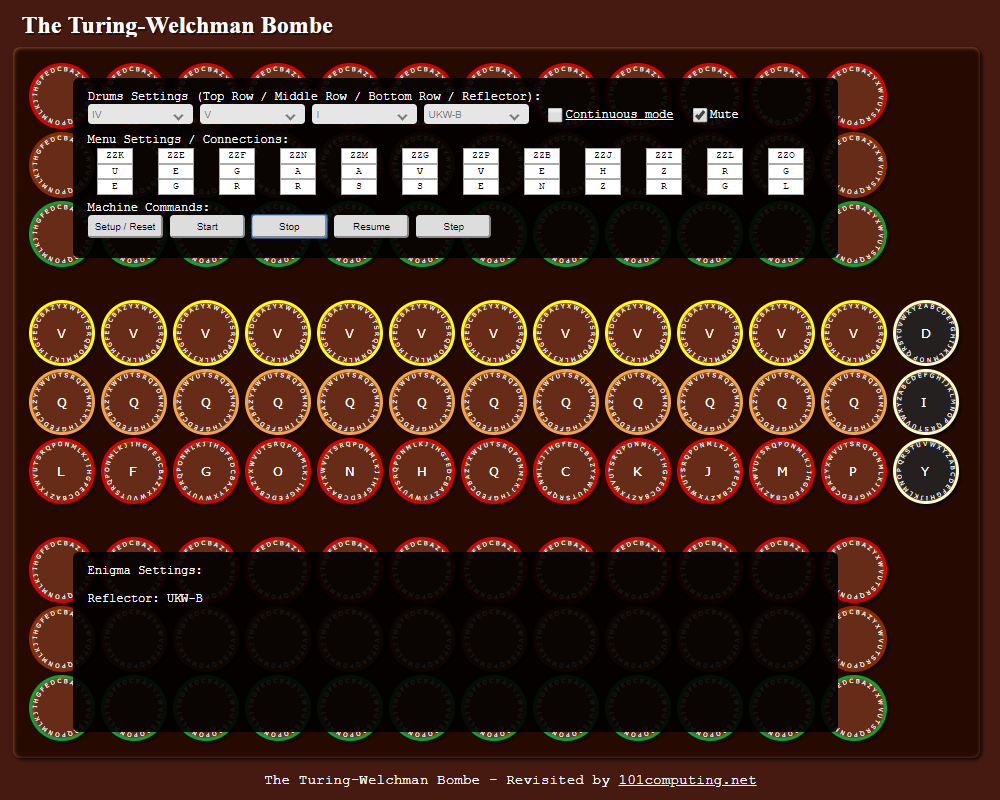