The Legend of Pachacuti’s Golden Shield 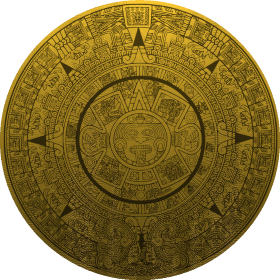 A few weeks ago, a group of British trekkers stumbled upon the remains of what is believed to be an undiscovered Inca temple in the middle of the Peruvian rainforest. One of their most unexplained discoveries is a collection of 12 engraved slates and a parchment representing a map of the newly discovered site. The slates are engraved with some sort of code. We believe these 12 slates could help locate the 12 pieces of Pachacuti’s Golden Shield.

Pachacuti’s was a famous Inca ruler in the 15th century who transformed the kingdom of Cusco in the Inca empire. For many decades archaeologists from around the world have been excavating many sites in the Urubamba Valley hoping to locate the Pachacuti’s Golden Shield, a uniquely carved shield of inestimable value.

It would appear that the shield may have been smashed into 12 pieces and each of these may have been hidden on the site of this newly discovered temple. We are asking for your help to see if you can work out the exact location of the 12 pieces of Pachacuti’s Golden Shield using the code from the 12 slates and the parchment/map found alongside these slates. We are counting on you! Good luck!