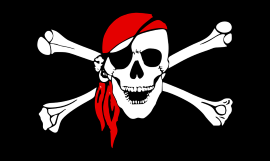 A small treasure chest, full of parchments has recently been found by a team of historians who were researching the Golden Age of piracy at The Codrington Library, Oxford UK. The parchments were hidden within the inside cover of an ancient book about Myths and Legends of the Golden Age of Piracy.

It would seem that Blackbeard may not have buried his treasure in one single location but may instead have split his treasure and buried it using twelve different locations.

Your task is to use the 12 parchments, as well as the treasure map provided below to locate all the content of Blackbeard’s treasure.