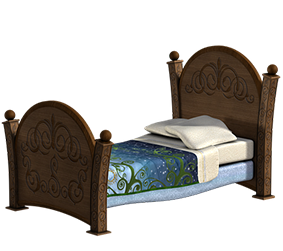 For her PSHE homework on the importance of sleep, Clarisse has decided to collect data from pupils of different year groups from her school. She will do so using a short survey.

The aim of the survey will be to find out, on average, how many hours of sleep students have per night and to compare these findings with the recommended number of hours for high school students.

According to the National Sleep Foundation, the recommended numbers of hours of sleep per night are as follows:

Clarisse’s survey will only have one question: How many hours do you sleep each night?

To help her calculate the resulting average number of hours of sleep per night she would like you to write a Python program based on the following flowchart: 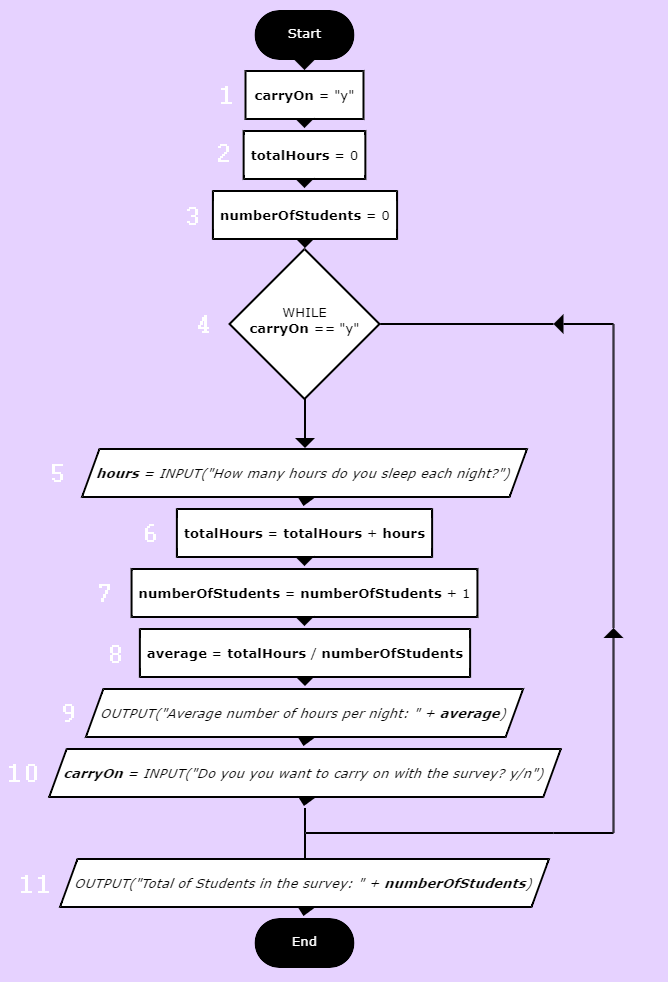 This algorithm is based on:

To gain a better understanding of how this algorithm works you will need to complete the following trace table considering the following user inputs:

Use the above flowchart to complete the Python code for this program:

Write a new program to make suitable recommendations to school children on whether or not they are spending enough time sleeping per night. Your program should:

Your algorithm will be based on:

As a reminder, the recommended numbers of hours of sleep per night are as follows:

Create a test plan to test your program. Make sure to include valid, boundary, invalid and erroneous test data in your test plan: (click on the … to add your own data)