The Huffman Coding algorithm is used to implement lossless compression. For the purpose of this blog post, we will investigate how this algorithm can be implemented to encode/compress textual information.

The principle of this algorithm is to replace each character (symbols) of a piece of text with a unique binary code. However the codes generated may have different lengths. In order to optimise the compression process, the idea behind the Huffman Coding approach is to associate shorter codes to the most frequently used symbols and longer codes to the less frequently used symbols.

So let’s consider the following message which consists of 20 characters:

The first step of the Huffman Coding algorithm is to complete a frequency analysis of this message by: 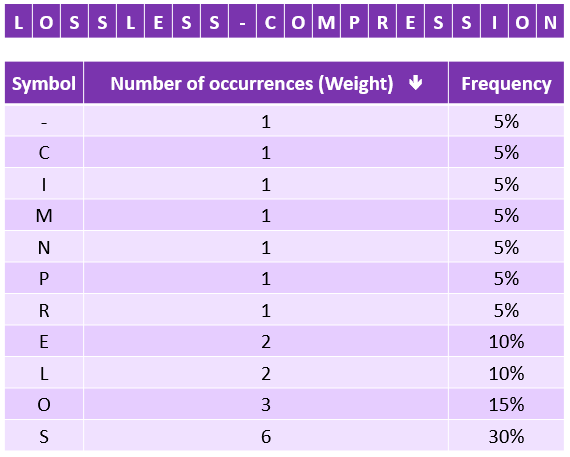 To do so each symbol becomes a node storing the symbol itself and its weight.
Then the tree is constructed through the following iterative process: 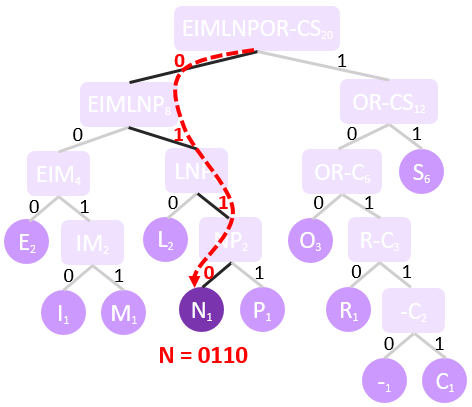 As you can see, most frequent symbols are closer to the root node of the tree, resulting in shorter Huffman codes.

The resulting Huffman Codes for our message are: 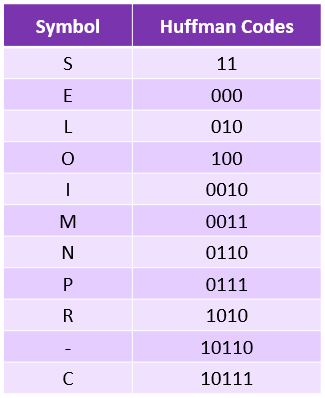 We can now encode the message by replacing each symbol with its matching Huffman code.

Here is a Python implementation of the Huffman Coding algorithm:

To complete the above code, we need an extra method to our HuffmanEncoder class called decode().

This method should take two parameters:

Using the above information, the decode() method would then decode the message one character at a time.