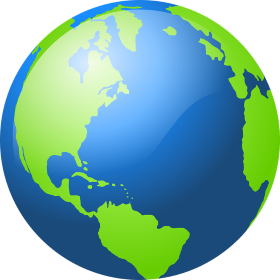 Did you know that the world population increased from 1 billion in 1800 to around 8 billion today. And it’s still growing, even though the growth rate has declined from 2% per year around 50 years ago to approximatively 1% per year nowadays.

Considering a 1% population growth per year, we can use the following formula to estimate next year’s population:

So we can implement this formula using Python:

To see the impact of our loop, we will pause for 1 second for each iteration. We will do so using the sleep() function from the time library.

Instead of running an infinite loop, we will run a loop that stops iterating as soon as the world population reaches or exceeds 10 billion.

Only showing the final result…

Use the above code in your IDE or using trinket.io.

Tweak the code provided above so that instead of stopping when the population reaches 10 billion, the code (loop) stops when the year reaches 2050, in order to just output the world population in 2050.

Extension Task 2: The World and You!

Extension Task 3: How many more inhabitants in 2050?

Adapt your code, for the program to calculate and output how many more inhabitants there will be on planet Earth, in 2050, compared to 2022.