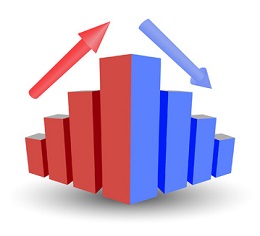 For this challenge we will use a two-dimensional array (in Python a list of lists) to store the average temperature (in Celsius degrees) and the rainfall (in mm) for each of the twelve months of the year for Quebec City, Canada.

We will populate our array called quebec with the following data:

The aim of this challenge is to use a Python script to scan through all this data to calculate and display:

The data provided above can also be represented using an “Average Temperature and Rainfall Chart”. You can use this chart to compare and check the outcomes of your Python script with the information provided on this chart. 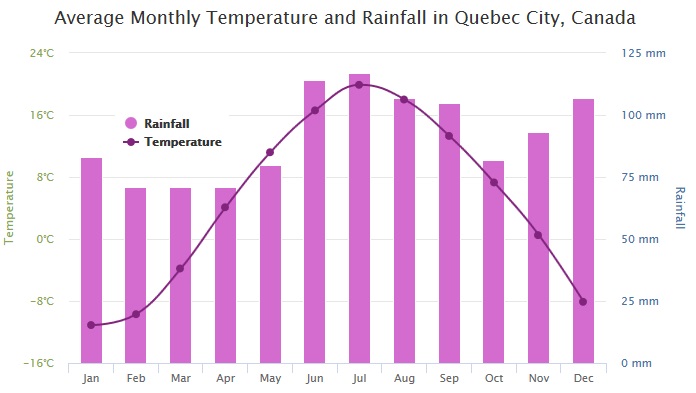 We have started the code for you. Analyse this code and reuse similar algorithms to complete this challenge.