The XOR encryption algorithm is an example of symmetric encryption where the same key is used to both encrypt and decrypt a message. 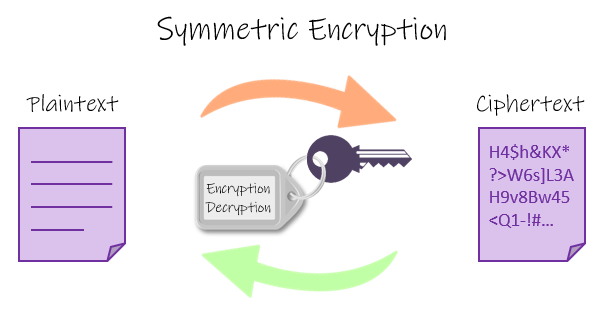 Symmetric Encryption: The same cryptographic key is used both to encrypt and decrypt messages.

The XOR Encryption algorithm is based on applying an XOR mask using the plaintext and a key:

Reapplying the same XOR mask (using the same key) to the cipher text outputs the original plain text. The following truth table (based on the XOR truth table) demonstrates how the encryption process works.

The XOR encryption algorithm can be applied to any digital/binary information, included text based information encoded using the 8-bit ASCII code. In this case the encryption key can be expressed as a string of characters.

By itself, the XOR encryption can be very robust if:

When a large quantity of text is to be encrypted, a shorter repeating encryption key is used to match the length of the plain text. However re-using the same key over and over, or using a shorter repeating key results in a less secure method where the cipher text could be decrypted using a frequency analysis.

In this Python code we are using the XOR bitwise operator (in Python: ^) to apply the XOR mask using the plain text and the key.

To improve readability, we are displaying the cipher text in different format: Ascii, Denary, Hexadecimal and Binary format.