The Atbash Cipher is a monoalphabetic substitution cipher that was originally used for the Hebrew alphabet. It is one of the earliest known subtitution ciphers to have been used. As opposed to a Caesar Cipher, the Atbash cipher does not need a key. It is hence easier to break!

The flowchart below is used to encrypt or decrypt text using the Atbash Cipher. To fully understand this algorithm, you will need to understand how ASCII code works. The algorithm above is using the ASCII codes for the uppercase alphabet from letter A (ASCII 65) to letter Z (ASCII 90). 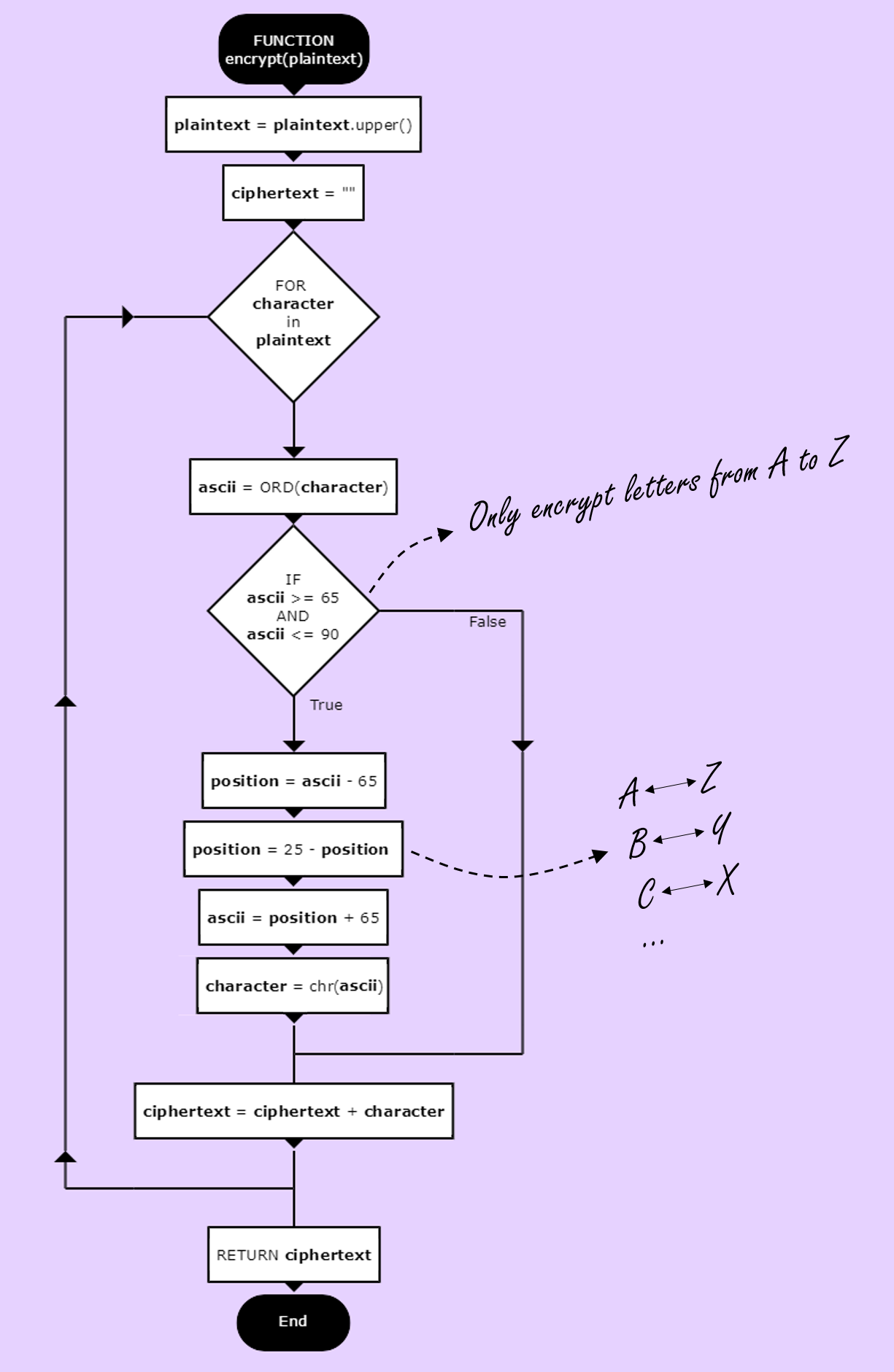 We can then use this function in a program used to retrieve the plaintext to encrypt (or ciphertext to decrypt) from the end user: 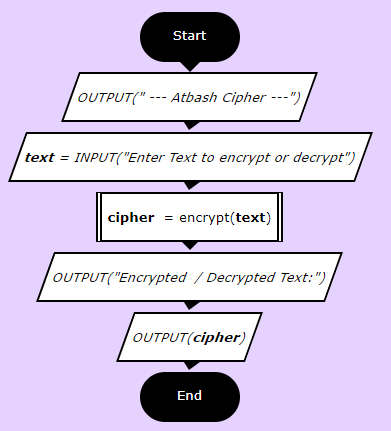 Your task is to implement the above algorithms using Python: