Calculating the square value of a number is a very straightforward
process which consists of multiplying this number by itself. For instance:

High level programming languages such as Python have an arithmetic operator to raise a number to the power of an exponent.

In pseudocode the exponentiation operator is the ^ operator.
For instance: 32 appears as 3^2 when using pseudocode.

In Python, the exponentiation operator is **. e.g.:

Square Root = To the power of half

We can easily calculate the square root of a number in a computer program using the exponentiation operator knowing that:

Procedures for calculating/estimating square roots have been known since at least the period of ancient Babylon in the 17th century BCE. Heron’s method (aka Babylonian method) from first century Egypt was the first ascertainable algorithm for computing square root.

This approach is based on estimating the limit of the following convergent sequence: 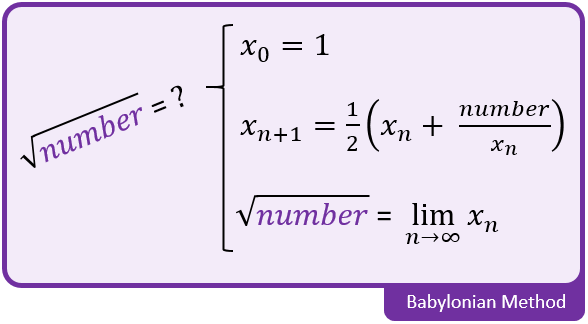 To implement the Babylonian method of estimating a square root we will use the following algorithm: 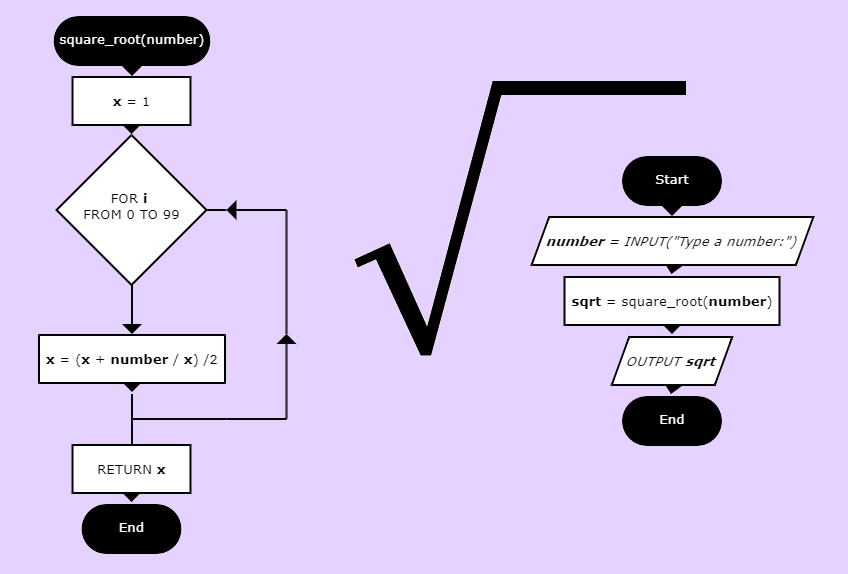 Use the above flowchart to complete the code below:

This method for finding an approximation to a square root was described in an ancient Indian mathematical manuscript called the Bakhshali manuscript. It uses a similare approach the Babylonian method using a different convergent series as described below: 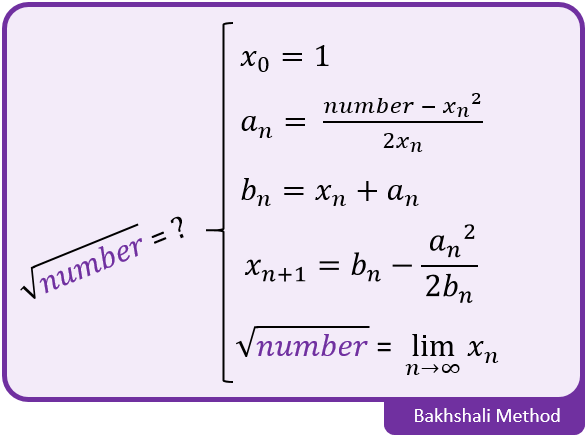 Your task is to adapt your Python script to implement the Bakhshali method and compare how both series perform to estimate a square root value using a fixed number of iterations.