The aim of this challenge is to create a Morse code converter that lets the user enter any message. The program should then display the message in Morse code. To complete this challenge you will need to know how Morse code works. If the information given below is not clear enough you can find out more about Morse code on this wikipedia page.

Morse code is a method of transmitting text information as a series of on-off tones, lights, or clicks that can be directly understood by a skilled listener or observer without special equipment.

For this challenge we will be using the international Morse code as follows: 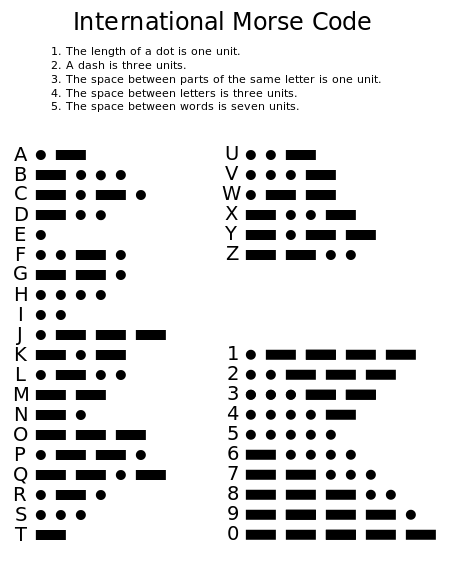 By completing this challenge we are going to learn about Python dictionaries.
In Python, a dictionary consists of pairs (called items) of keys and their corresponding values.

Python dictionaries are also known as associative arrays or hash tables. The general syntax of a dictionary is as follows:

Check the code below to encore your own message into Morse code:

Complete the code above to add the Morse code for number digits between 0 and 9 as follows: 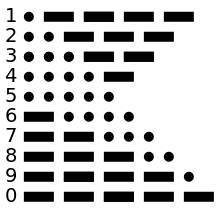 Write a program that enables you to decode a message written in Morse code. For instance, your program should be able to decode the following message: 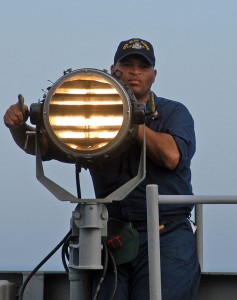 Check the following code used to simulate a lamp going on and off to reproduce an SOS call in Morse code: … — …

Combine this code with the code from the Morse code encoder to create light signals in Morse code. Remember the rules of Morse code: