The Morse Code was designed to quickly transfer messages using a series of “dots (.)” and “dashes (-)”. Morse code was named after Samuel Morse, one of the inventors of the telegraph.

The International Morse Code includes the 26 letters of the alphabet (there is no distinction between lowercase and uppercase characters), the 10 Arabic numerals (digits from 0 to 9) and a few punctuation and arithmetic signs such as +, -, = etc.

Click on the above picture to open it in a new window.

For instance, the morse code for letter P is . – – . as explained on this diagram: 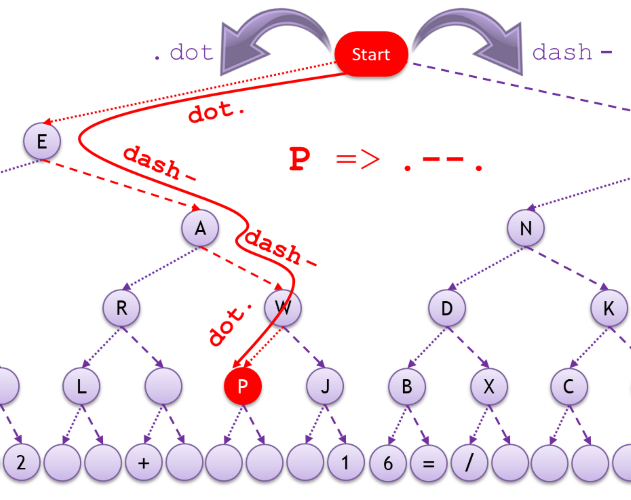 In the code below, our binary tree only includes the first four levels, needed to code all 26 letters of the alphabet.

Your task consists of completing the above program to take a user input in morse code, and use the binary tree to decode the message one character at a time.