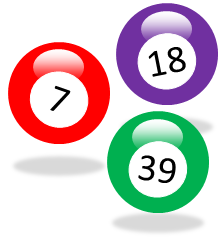 In this challenge we are going to write a Python program that automatically generates six random numbers (from 1 to 50) and display them on the screen, sorted in ascending order.

The program will need to make sure that each number is unique; the same number cannot come twice in the selection of six selected numbers.

By completing this code, you will understand the difference between the two types of loops used in Python:

The probability of guessing several lottery numbers is very low. You may want to tweak your program to only pick up numbers between 1 and 20 (instead of 50). This will give you a better chance to guess some of these numbers and hence test whether your code is working.