Random Odd and Even Numbers 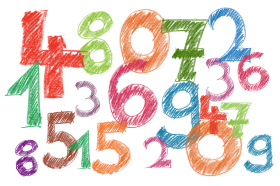 In this challenge we will focus on using the random library to generate random numbers in Python.

The randint() function is used to generate a random integer (whole number) within a given range.

The above code would generate a random number between 1 and 100.

We will investigate three different algorithms to implement the randomOddNumber() function:

Method #1: SequencingMethod #2: IterationMethod #3: Selection
The first method is based on a sequencing algorithm.


The second algorithm is based on a while loop (a form of iteration).

With this approach we are generating a random number between 1 and 100. We will repeat this process as long as the number generated is even (not odd). A number is even if the remainder of dividing this number by two is zero.


Our third approach will be based on using an IF statement, a form of selection.

We will generate a random number, check if this number is odd or even by checking whether the remainder of dividing this number by two is zero (for an even number) or 1 (for an odd number). If the number is even, we will add 1 to this number to change it to an odd number.

Your task consists of adapting the above three functions to create three additional functions, this time to generate random even numbers using all three methods/programming constructs: sequencing, selection and iteration.

For this more complex extension task, you will need to write a function called randomPrimeNumber() to generate a random prime number within a given range. This function will take two parameters: the lower and higher values of the range.