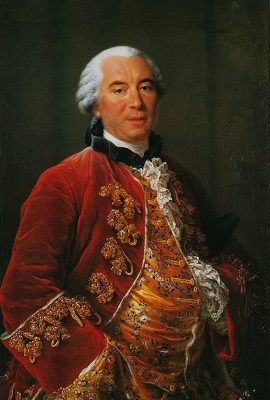 A few hundred years ago people enjoyed betting on coins tossed on to a wooden floor … would they cross a line or not?

A French mathematician called Georges-Louis Leclerc, Comte de Buffon (1707-1788) started thinking about this and worked out the probability.

This probability is called “Buffon’s Needle” in his honor.

Buffon then used the results from his experiment with a needle to estimate the value of π (Pi). He worked out this formula:

We have decided to simulate this experiment using a Python script (using Python Turtle).

Run the above script and count how many needles (out of 50) are crossing a line. Apply Buffon’s formula to estimate the value of Pi using:

Adapt this Python script to automatically detect if a needle is crossing a line.

Your Python script should then count how many needles are crossing a line and use this to estimate a value of Pi.