In this blog post we will investigate how Egyptians used to write numbers (Ancient Egypt civilisation) and we will use an algorithm to convert decimal numbers into Egyptians numerals.

By completing this challenge, we will compare two different numerical notations:

The notation we use nowadays when writing decimal numbers is based on the Hindu-Arabic numeral systems where each digit of a number has a value corresponding to the value of the digit multiplied by a factor (a power of 10) determined by the position of the digit in the number. 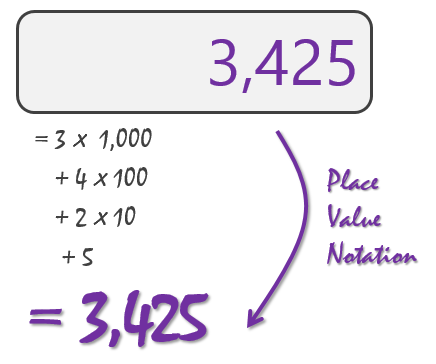 This notation is called a Place Value notation because the value of a digit varies based on its position/place in the number. So, for instance the digit 3 in the above number (3,425) has a value of 3,000 but in the number 2,536 its value is now 30.

Ancient civilisations such as the Ancient Egypt Civilisation used a different notation to represent numbers. In the additive notation each symbol has a unique value which does not change based on its position in the number. The value of a number if calculated by adding the value of each of the symbols used in this number.

So, let’s investigate the symbols (Hieroglyphs) used in Ancient Egypt to represent numbers:

Using the above symbols we can easily calculate the value of a number as follows: 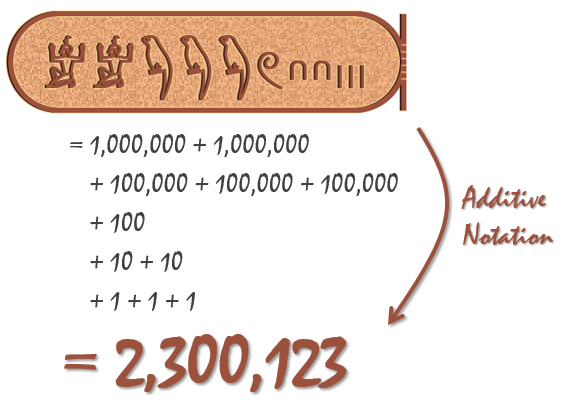 Using this approach can you convert the following numbers in decimal?

Use our online convertor to check your answers…

Roman Numerals use an additive notation combined with a subtractive notation.
The symbols used in Roman numerals are as follows: 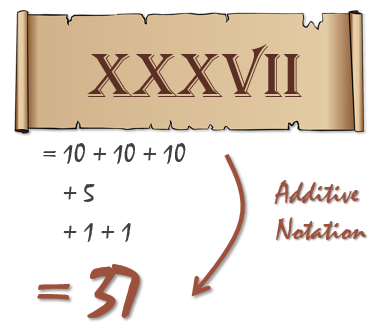 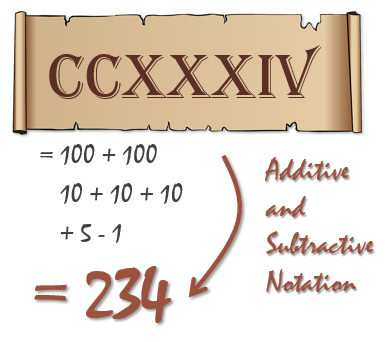 Using this approach can you convert the following numbers in decimal?

Use our online convertor to check your answers…