Dijkstra’s Shortest Path Algorithm is an algorithm used to find the shortest path between two nodes of a weighted graph.

Before investigating this algorithm make sure you are familiar with the terminology used when describing Graphs in Computer Science.

Let’s decompose the Dijkstra’s Shortest Path Algorithm step by step using the following example: (Use the tabs below to progress step by step). 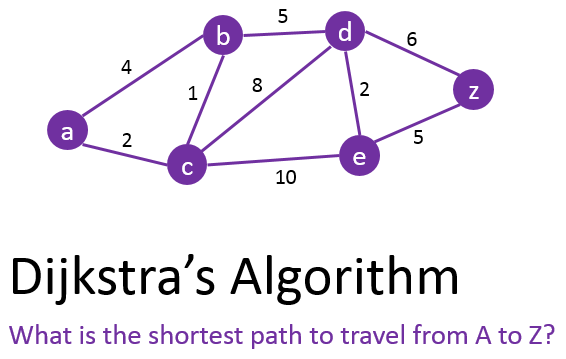 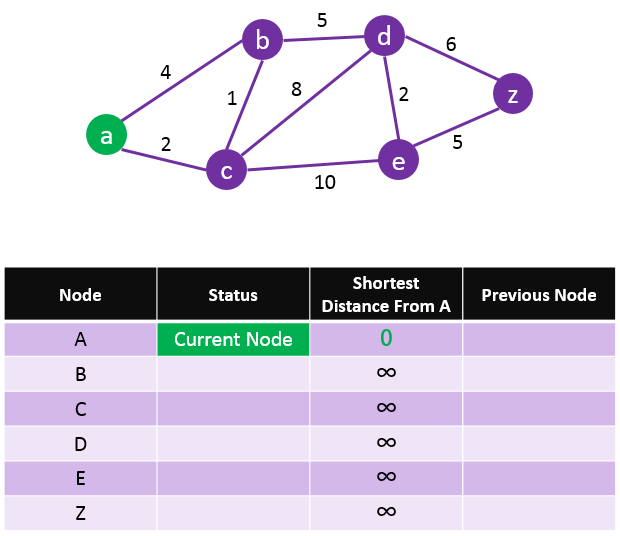 Start by setting the starting node (A) as the current node. 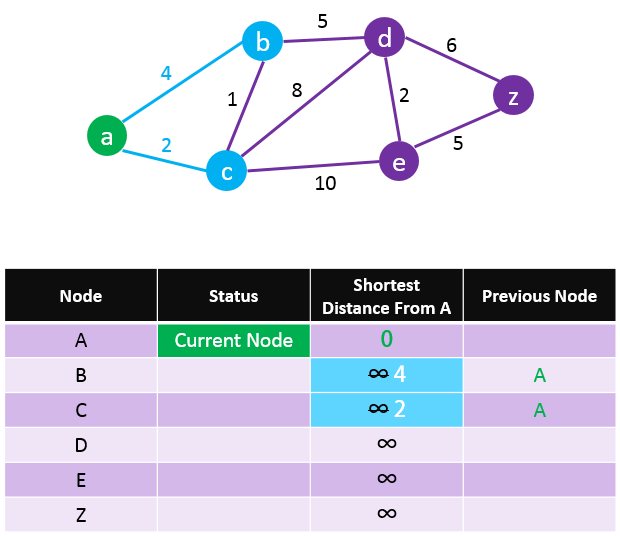 Check all the nodes connected to A and update their “Distance from A” and set their “previous node” to “A”. 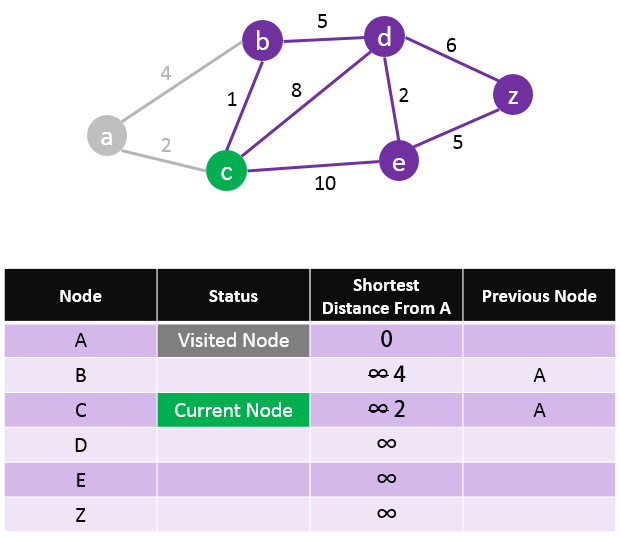 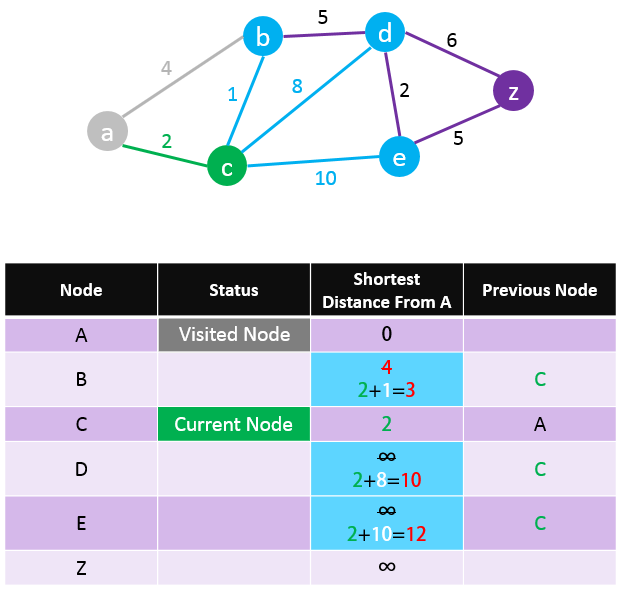 Check all unvisited nodes connected to the current node and add the distance from A to C to all distances from the connected nodes. Replace their values only if the new distance is lower than the previous one. 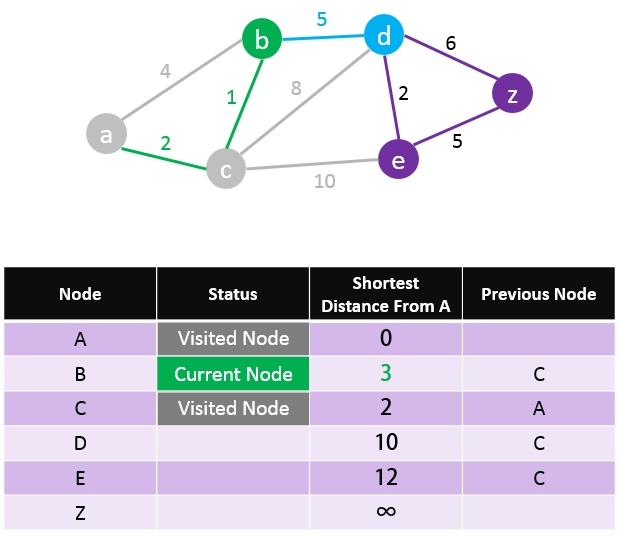 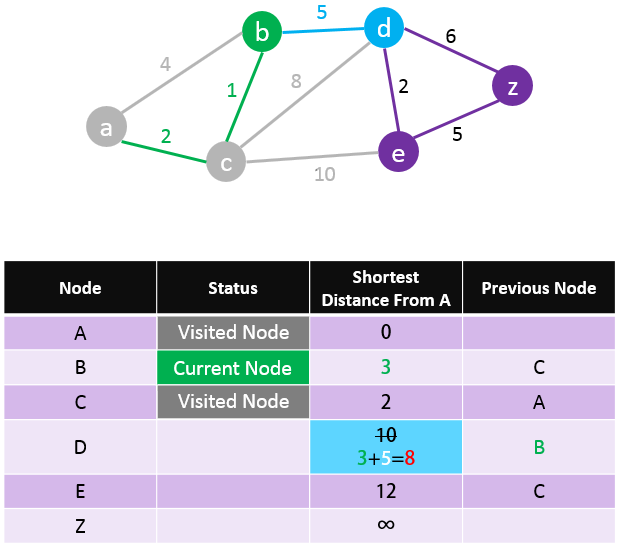 Next “Current Node” will be D as it has the shortest distance from A amongst all unvisited nodes. 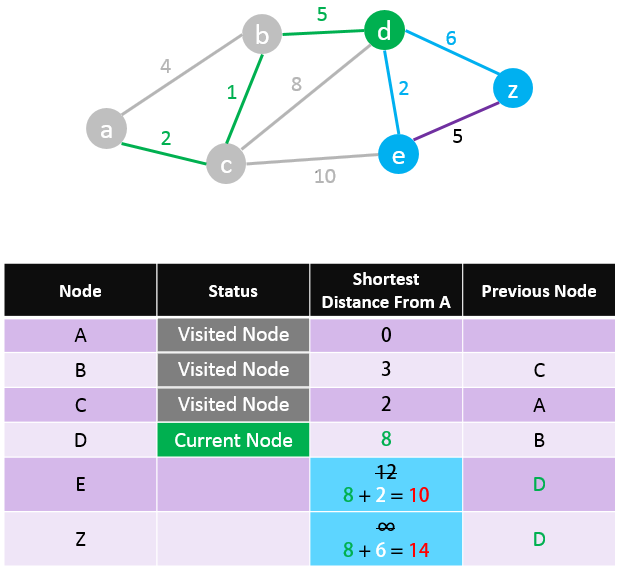 We found a path from A to Z but it may not be the shortest one yet. So we need to carry on the process. 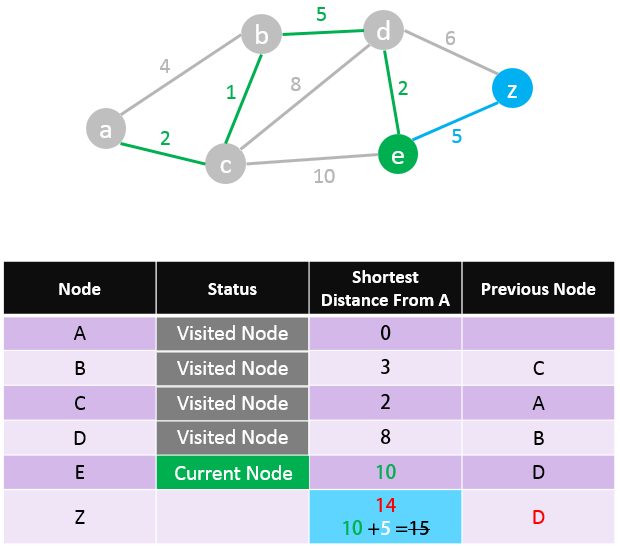 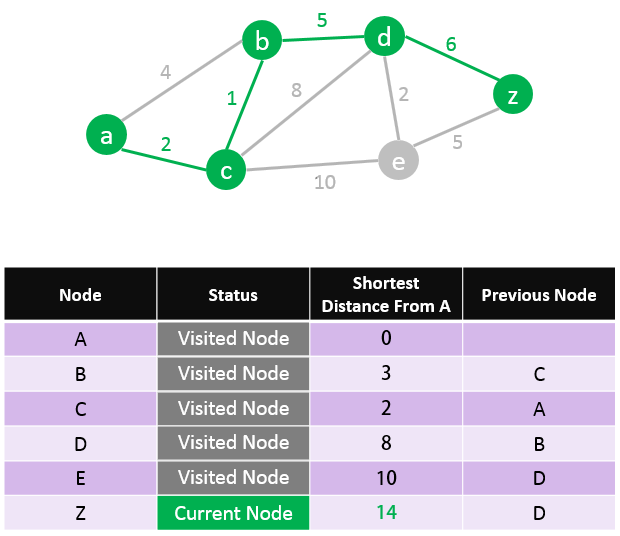 Graph #1Graph #2
Apply the steps of the Dijkstra’s Algorithm to find the shortest path from A to Z using the following graph: 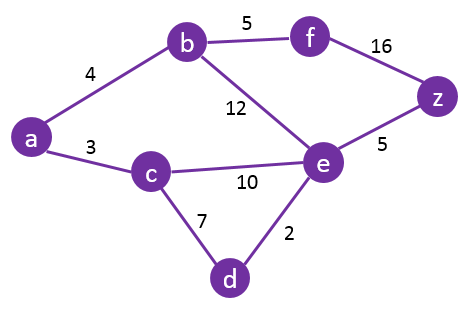 
Apply the steps of the Dijkstra’s Algorithm to find the shortest path from A to Z using the following graph: 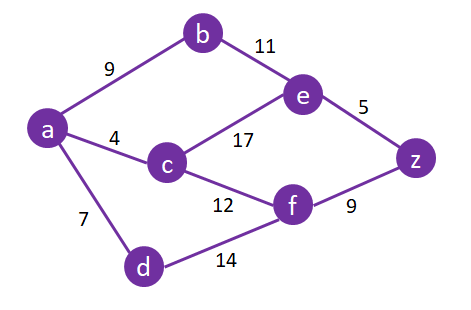