The question we will try to answer in this blog post is as follows: How can we measure the effectiveness/performance of an algorithm?

So, according to Bill Gates the length of a program (in lines of code) is not a criteria to consider when evaluating its effectiveness to solve a problem or its performance.

The Big O notation is used in Computer Science to describe the performance (e.g. execution time or space used) of an algorithm.

In this case a linear search is a linear algorithm: Big O Notation: O(N)

So let’s review the different types of algorithm that can be classified using the Big O Notation: 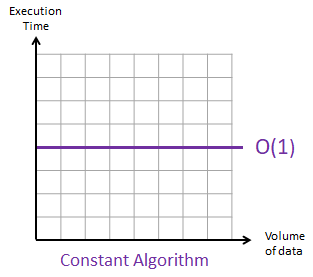 The constant notation describes an algorithm that will always execute in the same execution time regardless of the size of the data set.

For instance, an algorithm to retrieve the first value of a data set, will always be completed in one step, regardless of the number of values in the data set.

A hashing algorithm is an O(1) algorithm that can be used to very effectively locate/search a value/key when the data is stored using a hash table. It’s a more effective way than using a linear search O(N) or binary search O(Log(N)) algorithm. (See example blog post on hashing algorithm for memory addressing) 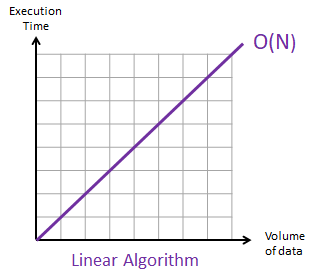 A linear algorithm is used when the execution time of an algorithm grows in direct proportion to the size of the data set it is processing.

Algorithms, such as the linear search, which are based on a single loop to iterate through each value of the data set are more likely to have a linear notation O(N) though this is not always the case (e.g. binary search). 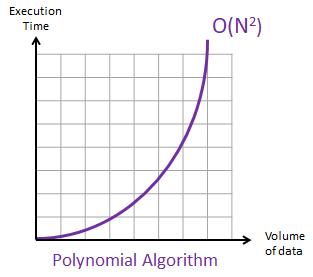 Algorithms which are based on nested loops are more likely to have a quadratic O(N2), or cubic (N3), etc. depending on the level of nesting. 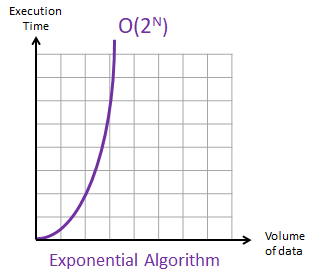 The exponential notation O(2N) describes an algorithm whose growth doubles with each addition to the data set.

Backtracking algorithms which test every possible “pathway” to solve a problem can be based on this notation. Such algorithms become very slow as the data set increases.

Example of exponential algorithm: An algorithm to list all the possible binary permutations depending on the number of digits (bits). 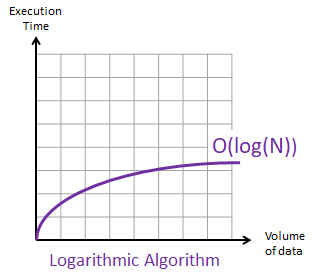 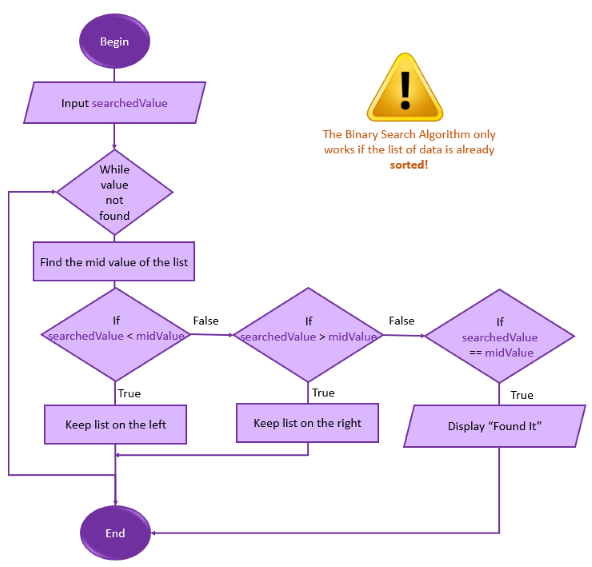 Use a logarithmic algorithm (based on a binary search) to play the game Guess the Number.