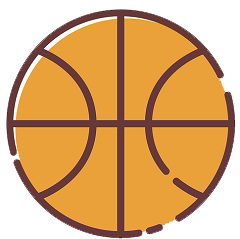 To do so the computer uses a specific algorithm to identify who, of all the players in your team, is the closest to the ball. This algorithm can also be used when you already control a player who has the ball to find out who is your closest team player to pass the ball to.

On a team sport video game, each player is a sprite that is given an x and a y coordinate to be positioned on the pitch/screen.

To find out who the closest player is to the ball, we need to calculate the distance between the ball and each player of the team. To do so we will use Pythagoras formula: 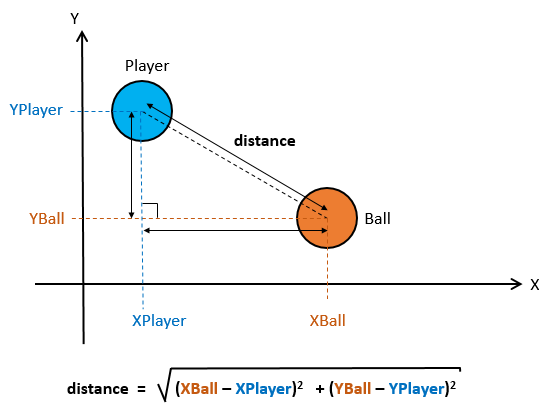 We can then use an algorithm to find the shortest distance and highlight the corresponding player.