In this challenge, we will create a Word Unscramble quiz where the computer will randomly pick up words from a given list, scramble the letters of the word, output the scrambled word (anagram) and ask the user to guess the original word. For each correct answer, the user will be given 1 point.

Here is the flowchart of our game: 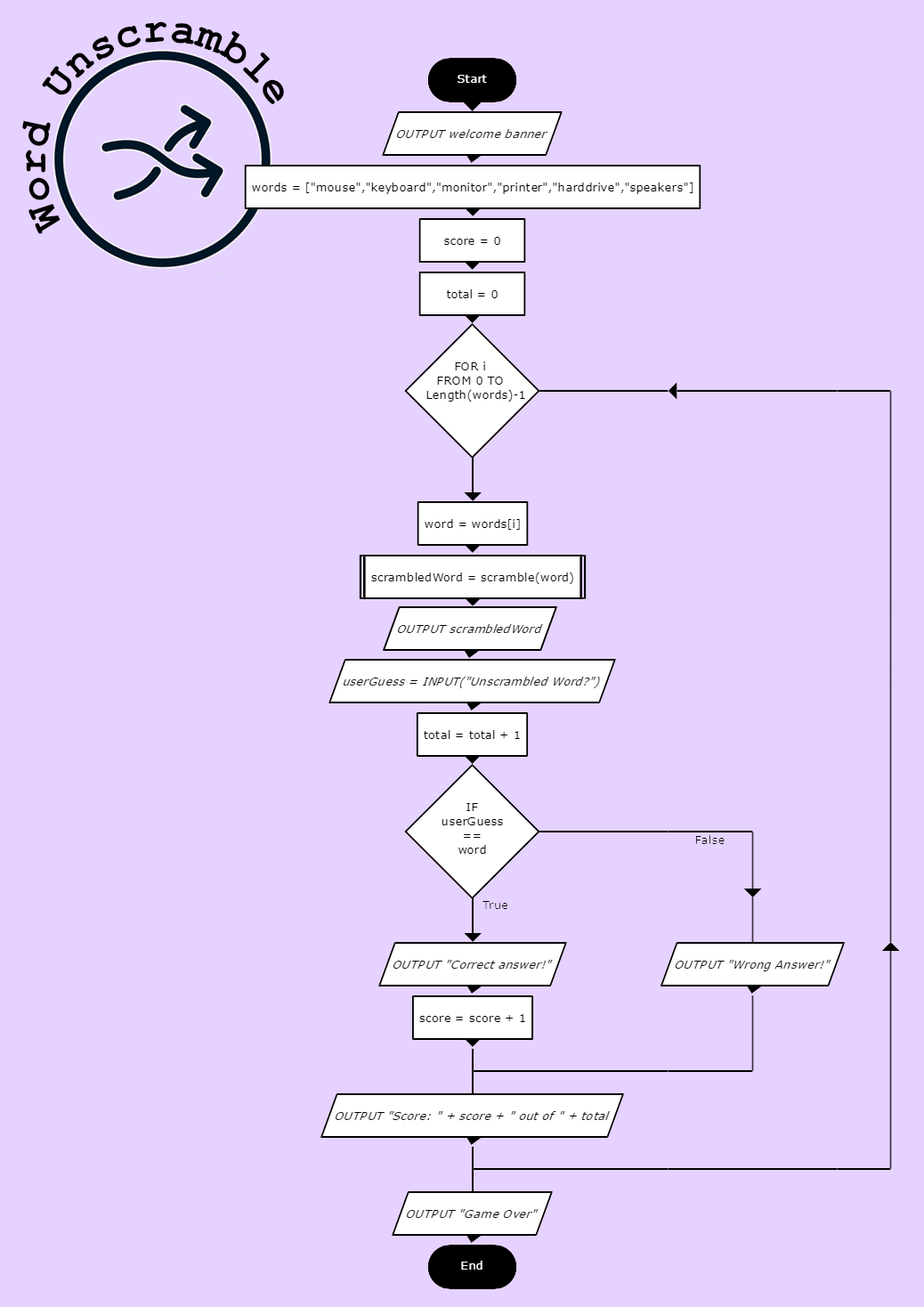 Looking at the above flowchart, answer the following questions:

We have started the code for you and implemented the scramble() function.

Your task is to complete this code from line 29, following the steps identified in the above flowchart.