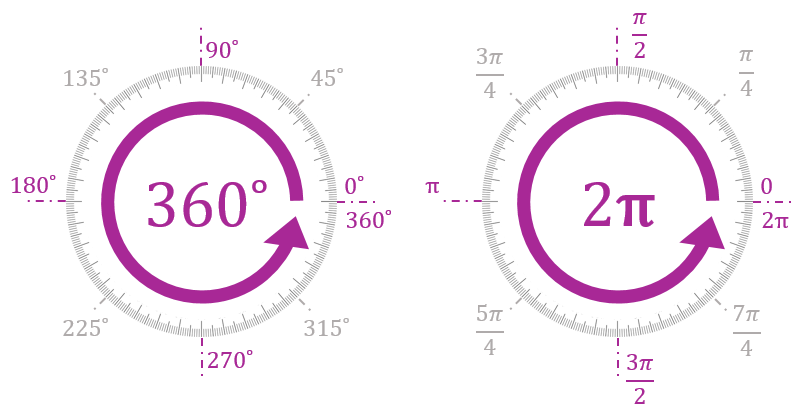 It is easy to convert an angle from degrees to radians and vice-versa using the following formulas:

In this challenge we will write a program to convert an angle from degrees to radians or from radians to degrees based on the user’s choice. Our program will:

To structure this program we will make use of 3 subroutines as follows:

We will then write an algorithm to complete this challenge, making use of our three subroutines.

We have designed the flowcharts for the three subroutines and for the main algorithm.
Flowchart #1Flowchart #2 and #3Flowchart #4 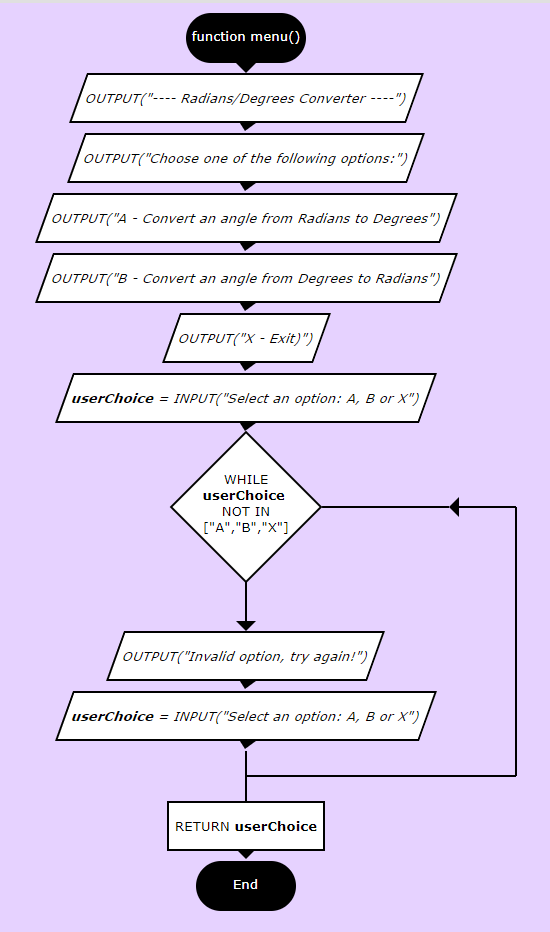 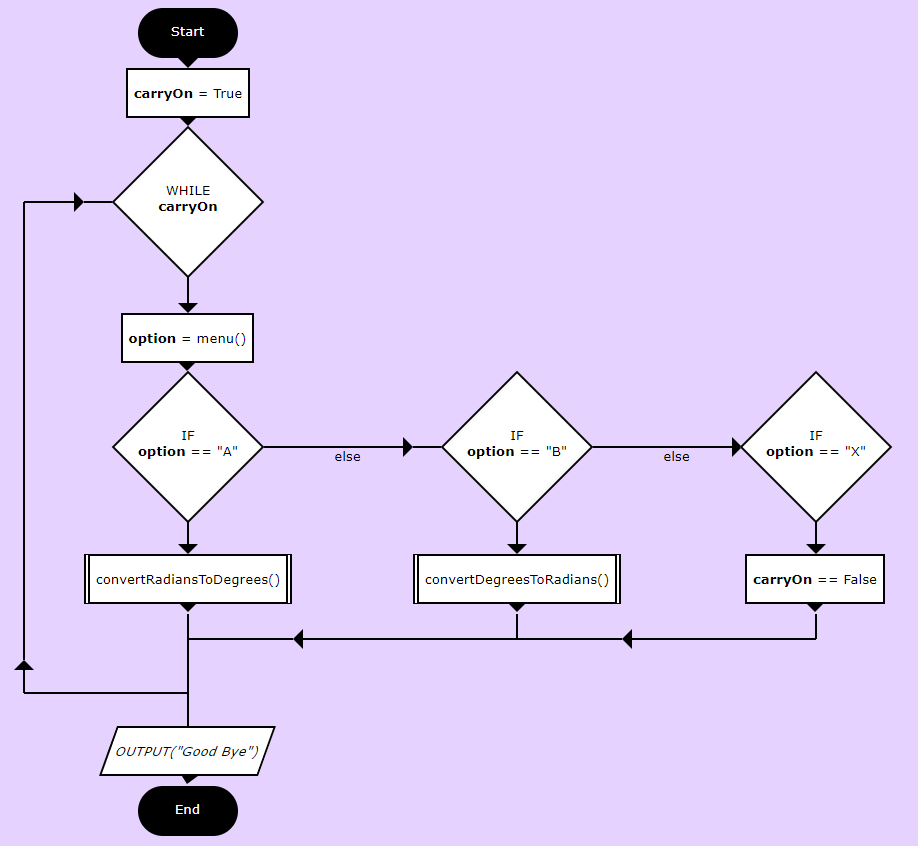 Your task is to complete the Python code for this challenge, using the flowcharts provided above.