Posted on May 22, 2017 by Administrator Posted in Computer Science, Python - Beginner, Python Challenges 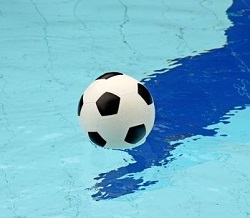 In this challenge you are going to use Python code to score a goal in a game of Water Polo.

To do so you will use the code given below. You will pass the ball from one player to another using a subroutine called throwBall(). This subroutine takes two parameters as follows:

This diagram will help you identify your angles when throwing the ball: 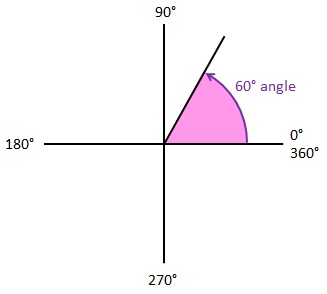 In this challenge you have the red team. Make sure than, when passing the ball or trying to score a goal (in the goal at the top), you do not throw the ball over a white player who would then intercept it. Also make sure that each throw either reach a team member (red team) or the top goal.

Complete the code to score a goal