Before completing this task, you will need to familiarise yourself with the following 2 algorithms used to find the shortest path between two nodes of a weighted graph:

For each of the weighted graph below, complete the table below to show the steps needed to find the shortest path between node A and node Z using the Dijkstra’s Short Path Algorithm. Note that on these graphs, the weight of each edge represents the distance in miles between two nodes. 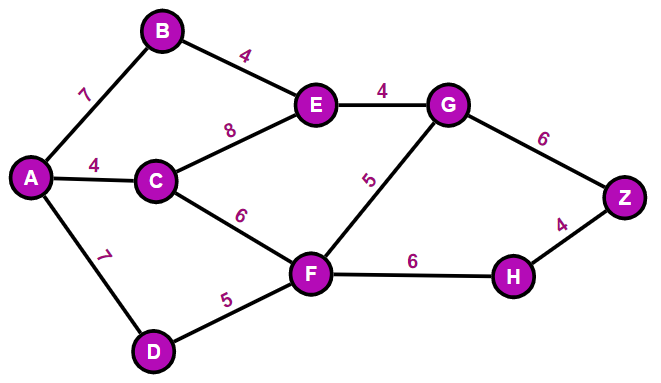 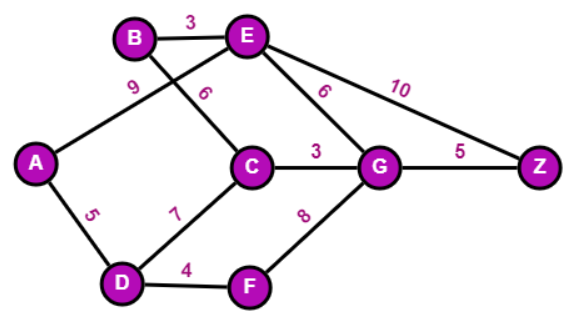 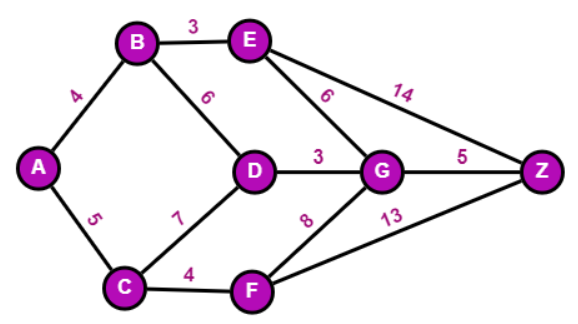 On the graphs below, the heuristic values specified for each node of the graph represent the distance in a straight line (as the crow flies) between the node and the destination node (Z). 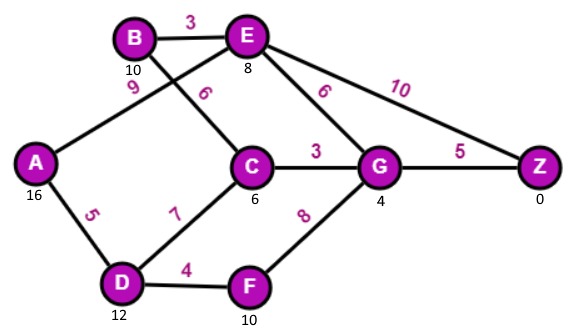 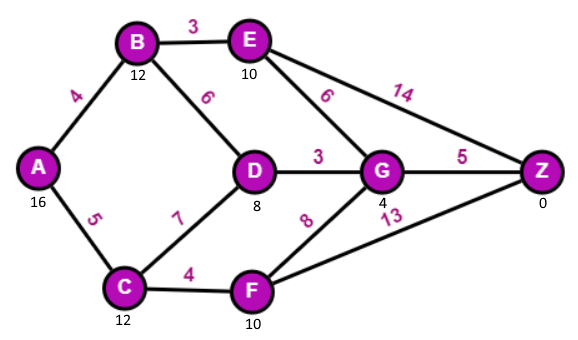