The Legend of the Secret Key 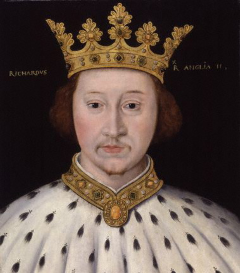 He asked his finest locksmith to design four unique keys. He then locked his treasure chest and threw away the four keys in a fire and watched them melt down.

Recently, historians from Cambridge University found a piece of parchment and a letter signed by Richard II’s locksmith. In this letter he explains that when they were made, each key was given a unique code and that these codes were all what was needed to recreate the keys.

On the parchment, historians found a rough drawing of each key and the code for three of the keys. The code for the fourth key is no longer readable.

Looking at the codes of the first three keys, will you be able to find out the code for the fourth key? 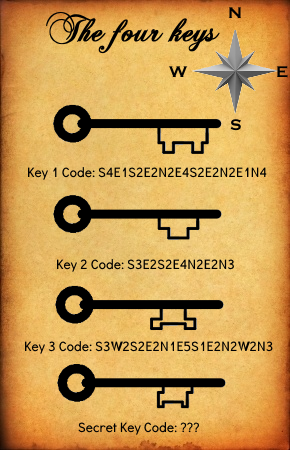 If you find the code, test it in the trinket below to see if it gives you the right key: