Computers are often used to process large amounts of data. Some of the tasks they can be used for is to sort data sets in order, e.g. numerical order or alphabetical order. Though this may seem like a simple task to complete, a lot of research has focused on finding the most effective sorting algorithm, especially when working on large data sets.

One of the key sorting algorithms is called a merge sort and is based on a divide and conquer approach. 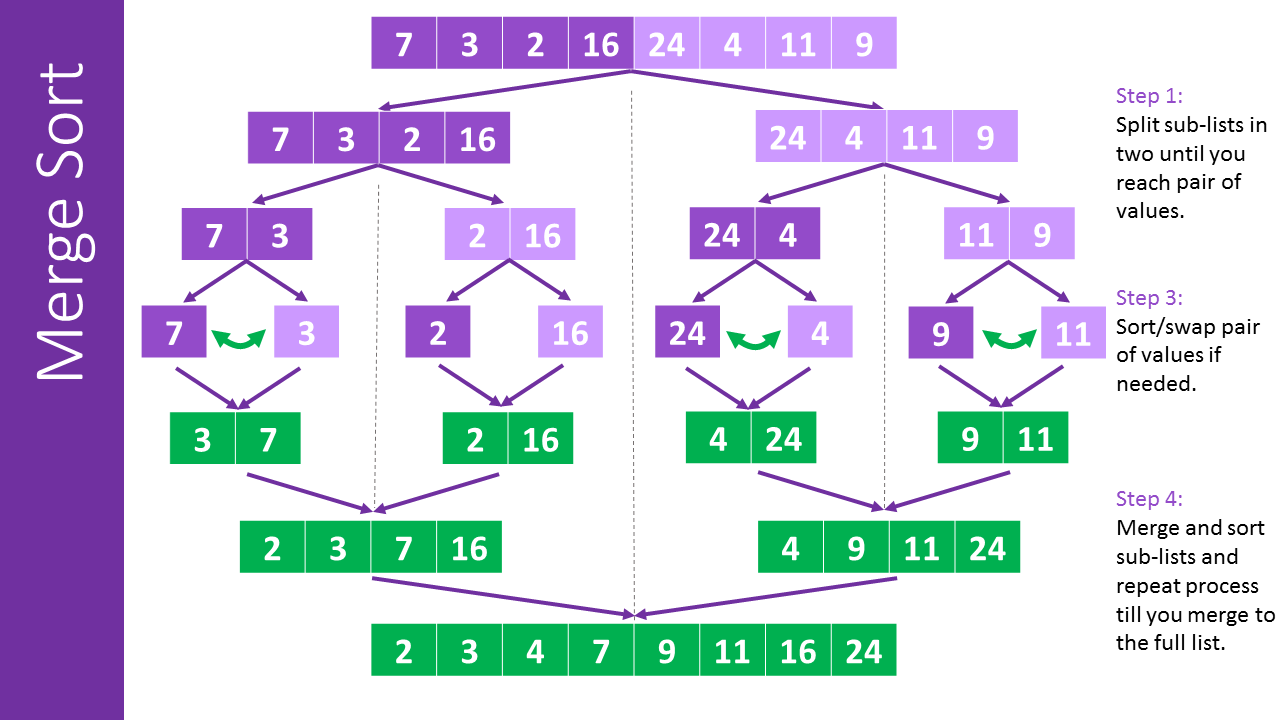