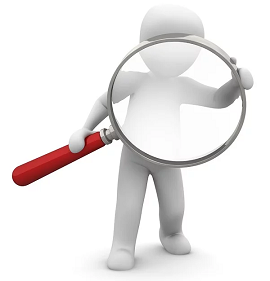 For this programming challenge we will investigate different functions which will all be based on a linear search algorithm.

Let’s consider a teacher who has decided to keep track of rewards issued to their students throughout the term by adding their name at the end of a text file each time they win a reward for their positive attitude and effort in lessons.

The teacher would like to write a few Python functions to:

The teacher has started the code by creating a function called readTextFile() that takes a parameter called filename/ This function scan the context of the text file and return a list of all the names listed in the text file.

Using flowcharts, the teacher then worked out the algorithms for the extra functions they would like you to implement and test to complete the code. You can access these flowcharts below. 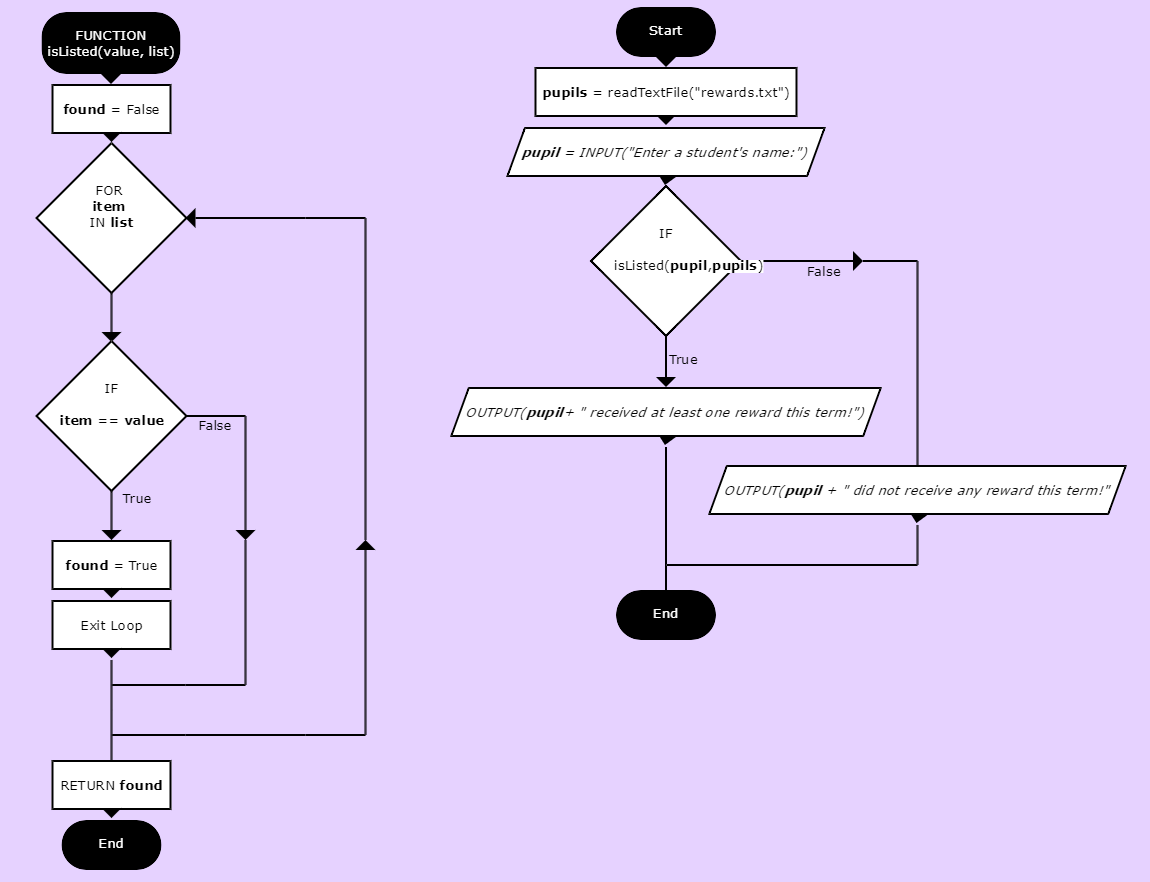 Click on the above flowcharts to open in a new window
The third function is called count(), takes two parameters value and list and returns number of times the searched value appears in the list. To test this function you will need to implement the following algorithms used to count the number of rewards a student has received throughout the term. 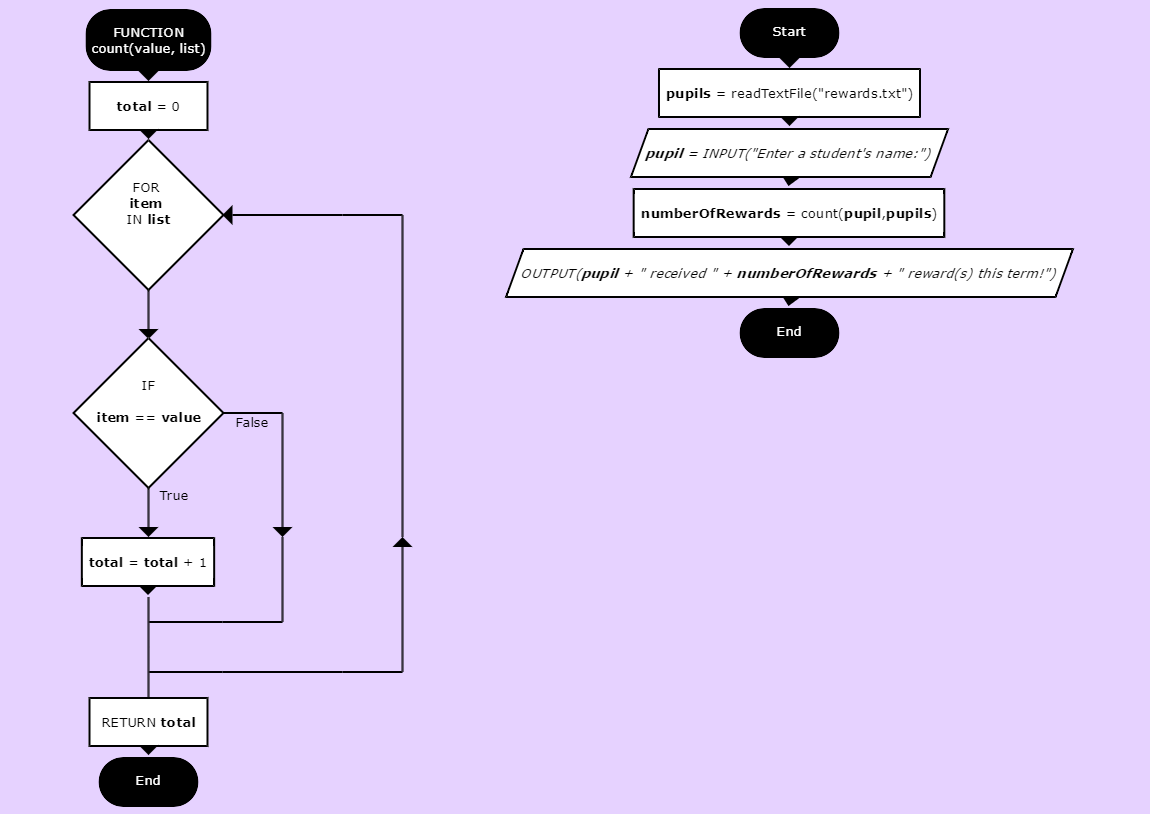 You can now complete and test all three functions using the flowcharts provided above. The trinket below contains two tabs. In the second tab called “rewards.txt” you can access the content of the text file.

The Python syntax allows you to use loop through a list of values as follows:

Not all programming languages will let you use this syntax. An alternative approach is to use indices:

In this case the flowchart for our count() function would become: 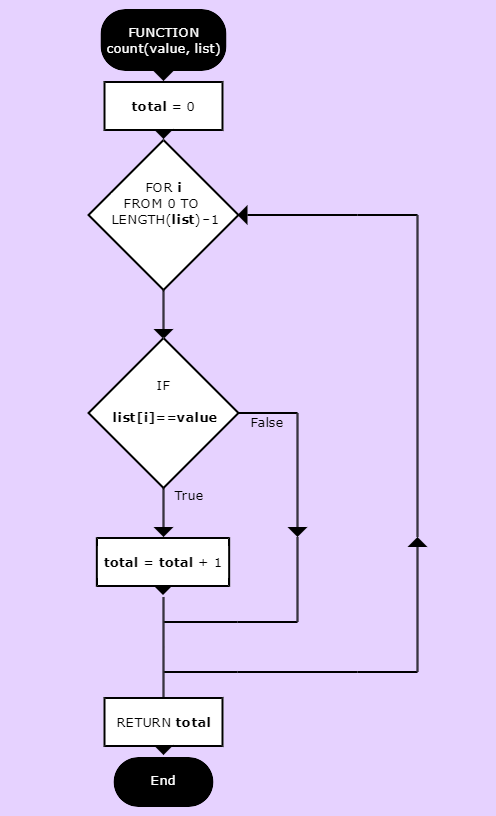