Using a Karnaugh map reduces the need for extensive calculations by taking advantage of humans’ pattern-recognition capability. Karnaugh maps are used to simplify real-world logic requirements so that they can be implemented using a minimum number of physical logic gates.

The picture below shows some of the different patterns that can be identified in a Karnaugh map using four inputs: 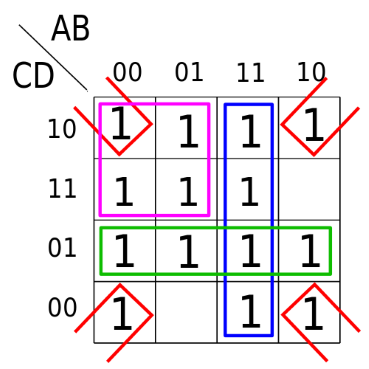 Here is another Karnaugh Map: 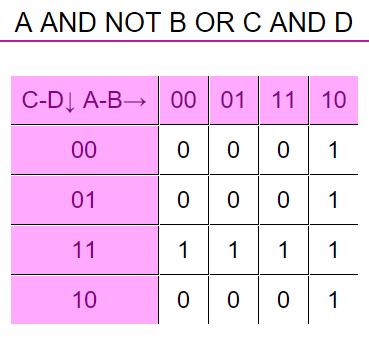