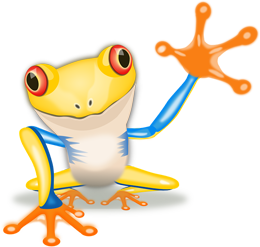 In this set of Python challenges we will investigate the use of two data structures used in programming to represent data:

A food chain shows the different organisms that live in a habitat, and what eats what.

A predator is an animal that eats other animals, and the prey is the animal that gets eaten by the predator.

Here is an example of food chain:

In the food chain above:

For this challenge you will write a Python program that stores the organisms a food chain using a list.

You program will randomly pick two organisms from the food chain. One for the player, one for the computer.

The program will find out the positions of these organisms in the given food chain. (This is known as the trophic level of an organism which is the position it holds in a food chain).

The program will compare both positions, the player with the highest position in the food chain will win the game.

We have started the code for you. Complete this code to:

When all the food chains in a habitat are joined up together they form a food web. Here is an example of a food web: 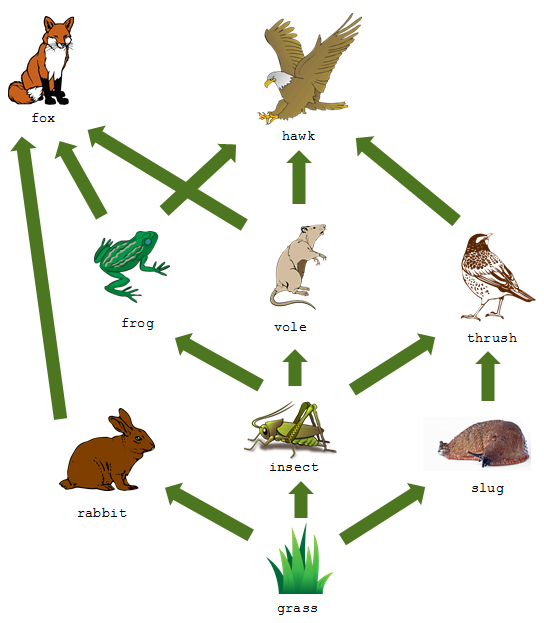 Although it looks complex, it is just several food chains joined together. Here are some of the food chains in this food web:

To represent a food web we will use a different data structure called a graph.

Most programming languages do provide direct support for graphs as a data type. Python for instance does not have a graph data structure. However, graphs can be built out of lists and dictionaries. For instance, here is a graph to represent the above food web:

This graph is a dictionary where the keys are the nodes of the graph. For each key, the corresponding value is a list containing the nodes that are connected by a direct arc from this node. Note that this is a directed graph as each link/arc has a direction.

Compete the code below to: