Bouncing Algorithm in a platform game

In this blog post we will investigate how to implement a bouncing algorithm used either in a platform game when the main sprite collides with a platform or in a breakout game when the ball bounce against a brick.

A collision occurs when two sprites are overlapping. Different algorithms can be used to detect such collisions. When creating a game with a library such as the Pygame library, you can re-use built-in collision detection algorithms without the need to implement these yourself.

The change in direction will depends on which edge of the platform/brick is being hit first and on the initial direction of the sprite when it collides with the platform.

Let’s investigate one approach that could be used in both our games:

This approach consists of considering 8 possible different collisions and their impact on the velocity vector of the bouncing sprite. 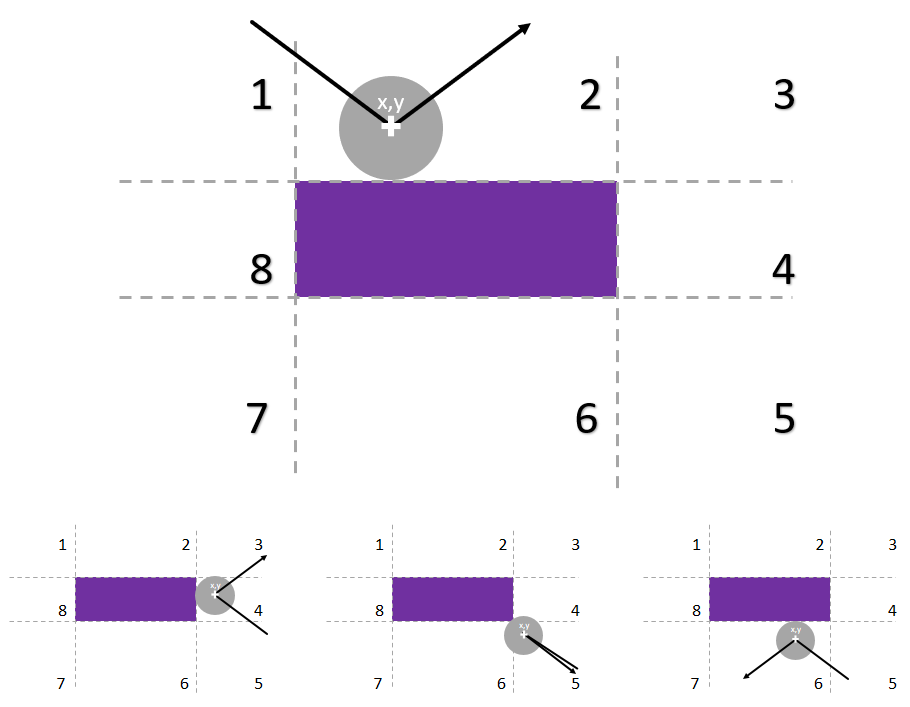 So, to implement an effective bouncing algorithm of a sprite against this platform, we must first identify the position of the sprite, relatively to the platform to distinguish the 8 possible areas. In the case of a rectangular platform, we can use the following comparisons between the (x,y) coordinates of the centre of our sprite with the top, right, bottom, left coordinates of our platform. 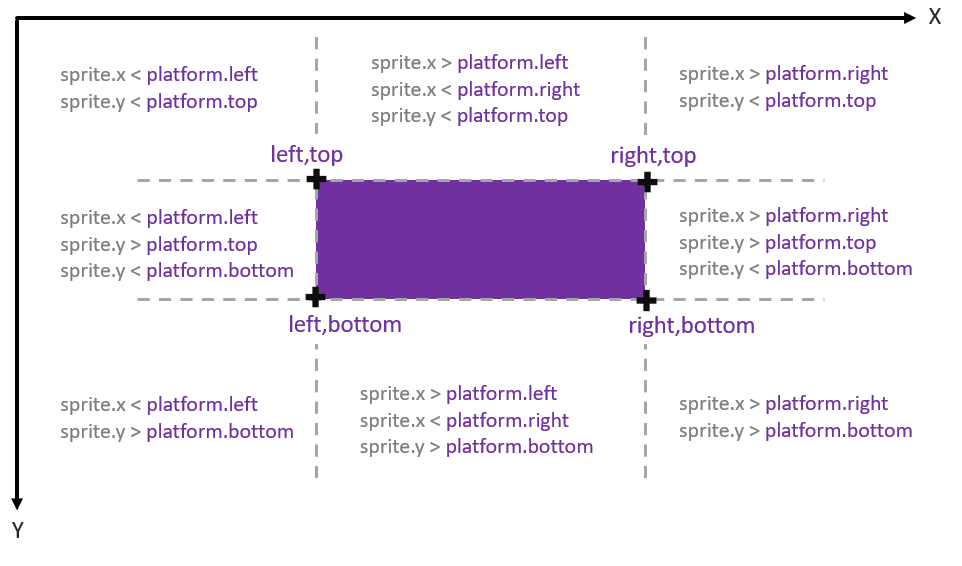 The following pseudocode demonstrates how the bouncing algorithm can be implemented. Though it only covers the first three scenarios, you should be able to complete this algorithm further to cater for all 8 scenarios.

Landing on a platform