Posted on May 26, 2021 by Administrator Posted in Computer Science, Python - Intermediate, Python Challenges 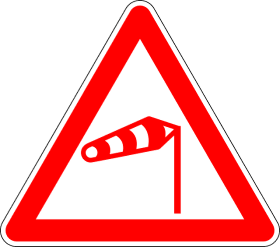 Before going to sea, any sailor should check the marine weather forecast to check on different aspects of the weather including the direction and strength of the wind (wind speed).

The wind speed can be measured using different units such as mph (miles per hour), km/h (km per hour) but sailors tend to prefer to use knots. A knot represents a speed of 1 nautical mile per hour, and a nautical mile is exactly 1,852 meters!

The Beaufort wind force scale was introduced in 1805 by a Royal Navy officer, Francis Beaufort. It relates wind speeds to observed conditions at sea or on land. Nowadays, the scale contains thirteen values (from zero to twelve): A force 0 wind represents very calm wind conditions whereas a force 12 wind represents a Hurricane-force wind!

Here is the full Beaufort scale:

In this challenge we will write a python script that:

You can complete the python code using the following trinket: