What if planet Earth was made of Lego?

In this blog post we will use a Python script to work out how many lego bricks would be needed to build planet Earth!

To solve our problem we will use the following data:

We will work out the number of lego bricks needed in several step using a sequencing algorithm: An algorithm consisting of instructions that are carried out (performed) one after another.

We will use the following steps:

We will need to use the following two formulas:

The complete flowhchart for our algorithm: 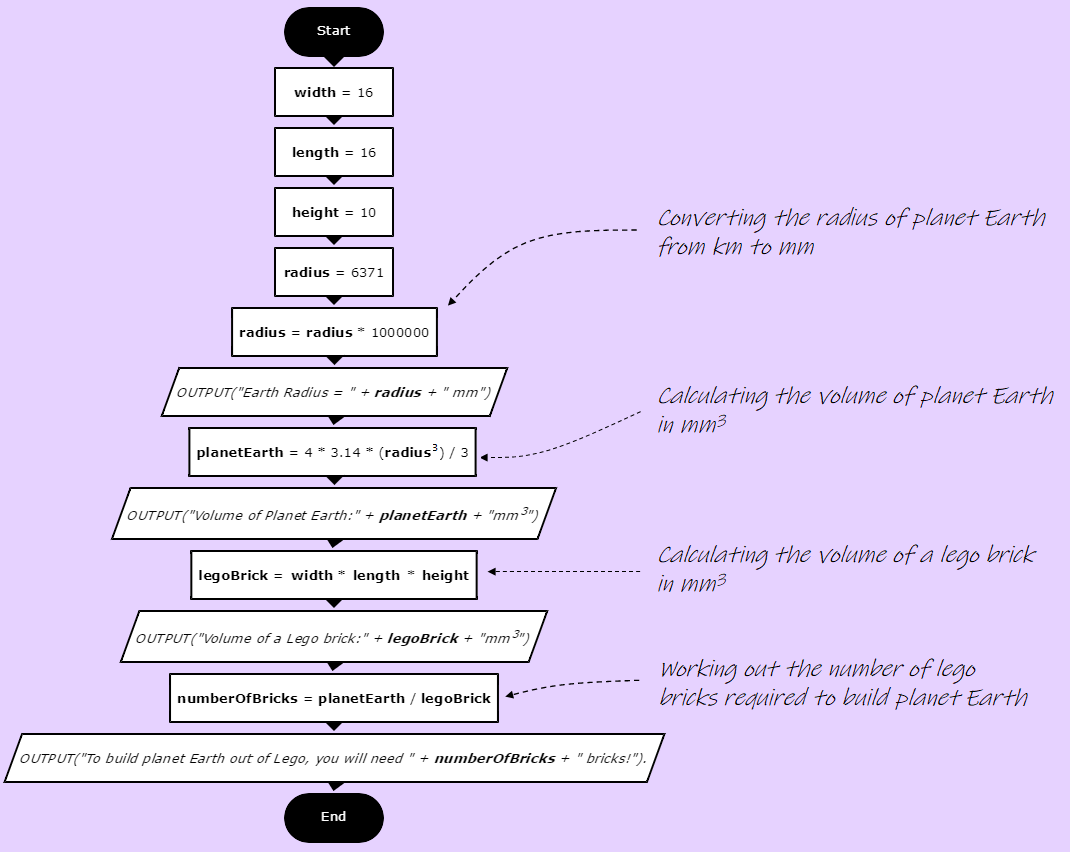 You can now code this algorithm using Python to reveal the answer to the initial question: how many lego bricks are needed to build planet Earth!

If you have completed this algorithm, the final answer should be approximatively:

It is good practice to use subroutines whenever possible as these can then easily be reused in other programs. Your task is to adapt your code by defining a d using two functions as follows: