Posted on November 7, 2020 by Administrator Posted in A Level Concepts, A Level Quiz, Computer Science 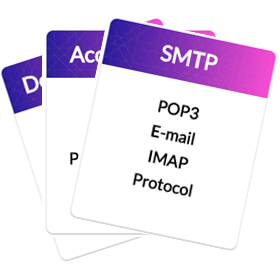 Check our version of the Taboo game focusing on A level computer science terminology. The objective of the game is for a player to have their partners guess the word on the player’s card without using the word itself or five additional words listed on the card. The player has a fixed amount of time (30 seconds, one minute or two minutes, to be agreed at the start of the game). They should use this time to get their partners to guess as many words as possible.

One the cards below, the words to be guessed appear at the top of the card (white font) whereas the taboo words are listed on the white section of the card (grey font).
A Level Computer Science RevisionOpen Taboo Game in New Window