Rosetta: Rendez-vous with a comet

Rosetta is a robotic space probe built and launched by the European Space Agency. Along with Philae, its lander module, Rosetta is performing a detailed study of comet 67P/Churyumov–Gerasimenko. 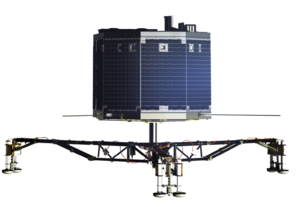 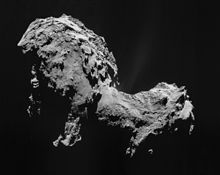 At the time this blog post was created, the European Space Agency just received new photographs of comet 67P taken by Rosetta. The spaceship was 500 million km away from Earth.

Write a Python script to answer the following question:

Considering that electro-magnetic signals used to communicate with Rosetta travel at the speed of light (300,000 km/s), how long did these pictures take to travel from Rosetta to planet Earth?

To help you solve this problem you may need to investigate the following formulas: 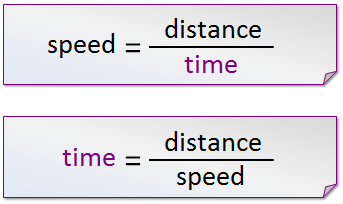 You will need to make sure your script gives the answer using in the correct format: hh:mm:ss.

Did you know that when you look at the stars in the night sky you are time travelling. You are in fact looking at what the stars did look like years and years ago! This is because the stars are extremely far away from planet Earth, and the light they create takes several years to reach us.

When astronomers measure the distance of stars (from planet Earth) they do not use the kilometer (km) unit but instead they use the light-year unit. One light-year represents the distance that light travels in one year, at the speed of light (300,000 km/s).

Your challenge consists of writing a Python script to calculate the distance in km of one light-year.

Then you will use your script to calculate the distance in km for the following stars: