Posted on May 27, 2017 by Administrator Posted in Computer Science, Python - Advanced, Python Challenges 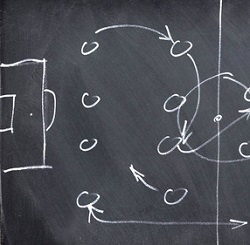 In a game of football, one of the most complex rule is the offside rule. One of the roles of the assistant referees is to detect when a player is offside.

A player is in an offside position if, when the ball is played by a team-mate, they are nearer to the opposition’s goal line than both the ball and the second last defender (the last defender being in most cases the goal keeper).

Note that players cannot be offside in their own half of the field. 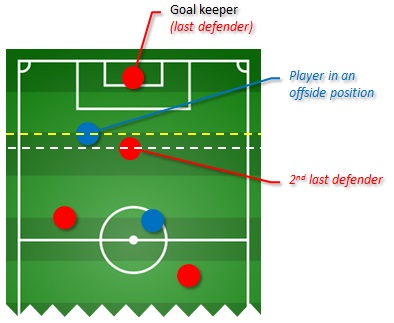 In this challenge you will design an algorithm to detect if a player is offside. You will implement this algorithm in Python by completing the code provided below.

Your algorithm will need to: