Did you know that Alpha-Centauri was the second nearest star to planet Earth, the first one being the Sun. It is 4.2 light-years away from us!

When astronomers measure the distance of stars (from planet Earth) they do not use the kilometre (km) unit but instead they use the light-year unit. One light-year represents the distance that light travels in one year, at the speed of light (300,000 km/s).

The aim of this challenge is to convert the distance between planet Earth and Alpha-Centauri from light-years to km.

To do so we will use a sequencing algorithm based on the following steps:

The flowchart of this sequencing algorithm is as follows: 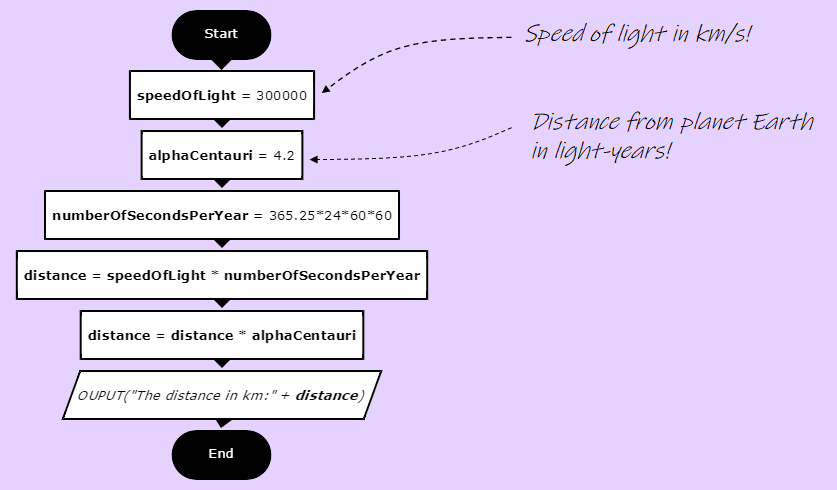 You can now implement this sequencing algorithm using Python code:

Your next challenge is to let the user choose a star, and based on their choice, you will output the distance between the selected star and planet Earth, in km using the following data:

To do so you will use an if, elif and else statements to implement a selection construct.

Finally, using a while loop, you will keep asking the user to choose a star to repeat the above process with the user’s selection, until the user decides to quit the program. Using a while loop is an example of iteration!