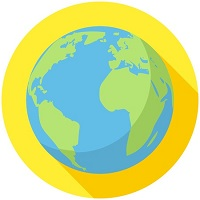 For this challenge we are going to create a game where the user plays against the computer.

For this challenge we are going to work from a flowchart that describes the algorithm we will base our code on: (Click on the picture to zoom in) 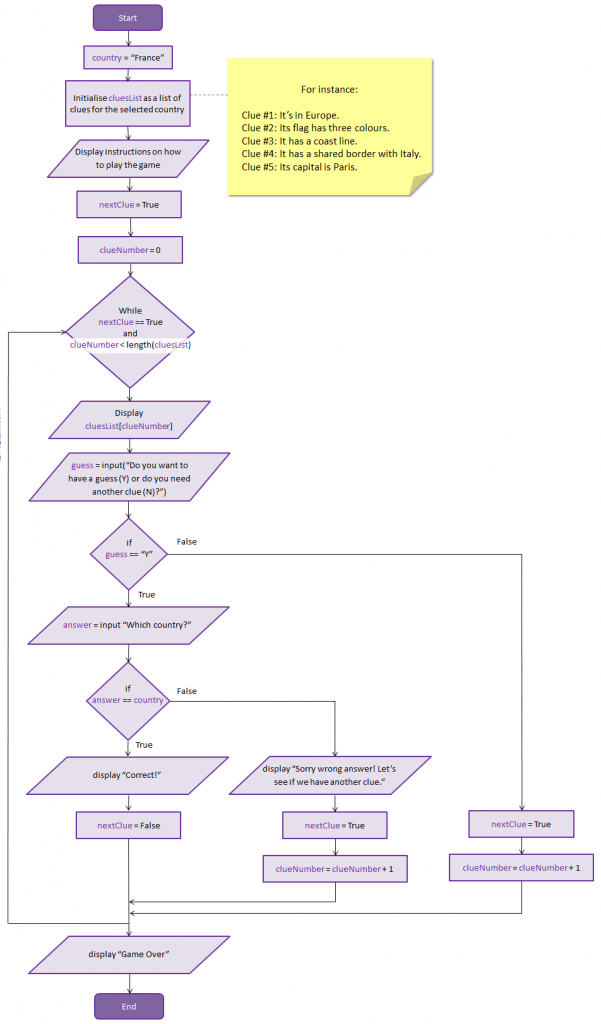 We have started the code for you. Use the flowchart above to complete this code.

Could you tweak this code to display at the end how many clues have been used in total to guess the country.

This code only works with one country.

How could we change it to have a list countries and a list of clues for each country and get the computer to randomly choose one country from the list of countries.

Tip: To solve this task you may want to investigate how to use a list of lists in Python.