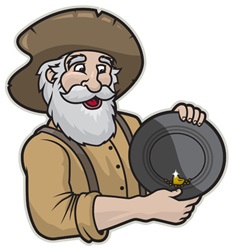 During a gold rush, gold miners use different techniques to find traces of gold hidden in the ground. One technique that miners use is gold panning. It consists of scooping some gravels and clear water in a pan which is gently agitated until small gold nuggets sinks to the bottom of the pan and can be handpicked.

We will be using the built-in accelerometer sensor to detect in which direction the microbit is being tilted.
Every time the player (miner) will pick a gold nugget a new one will randomly appear on the 5 x 5 LED screen. 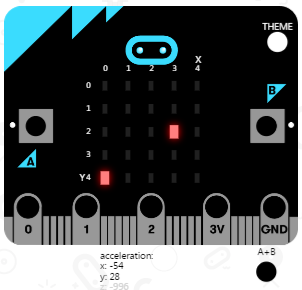 Use the BBC microbit website to complete the code: 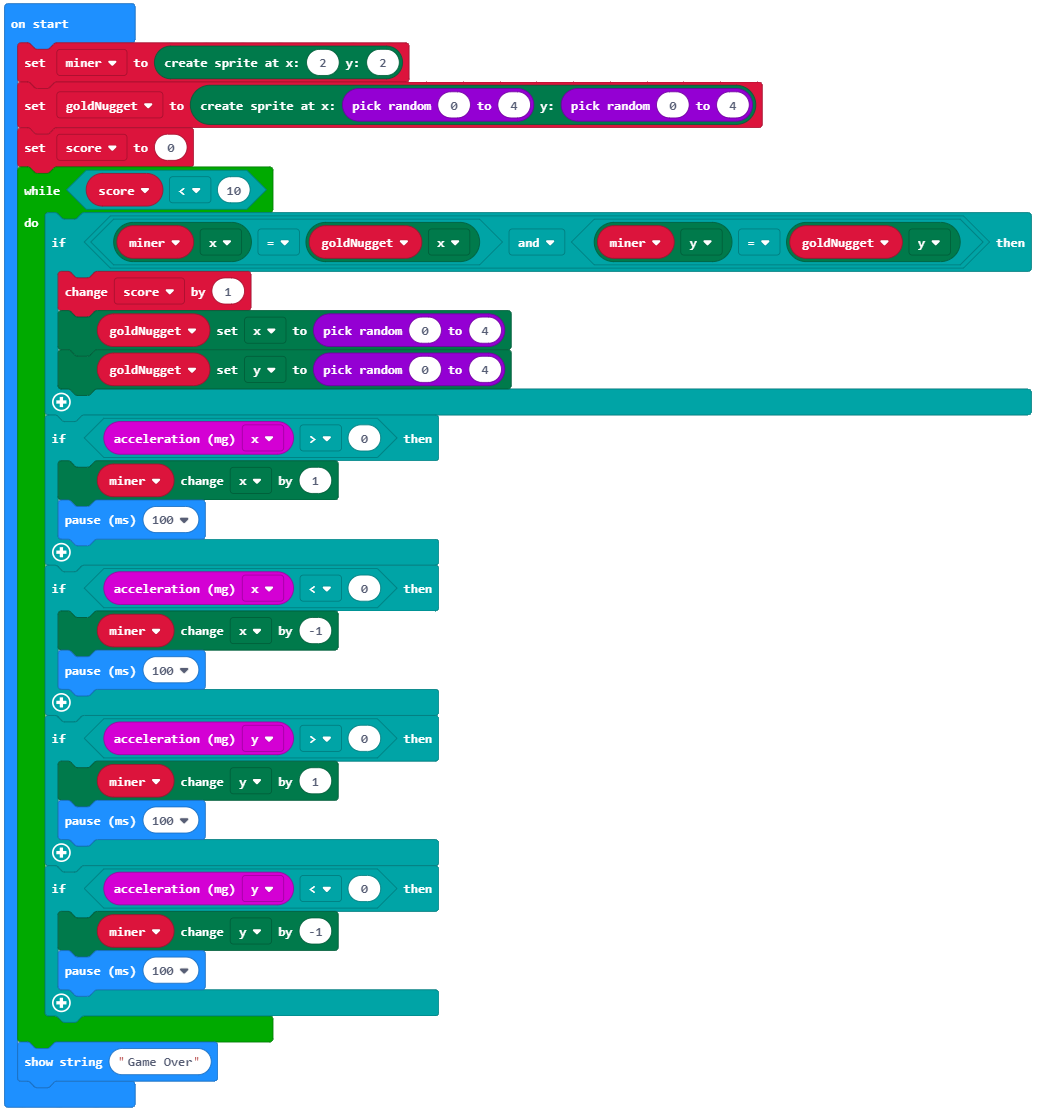 Checking the code above answer the following questions:

Change this game to use a timer. The game should last exactly 1 minute. Everytime the player picks up a gold nugget their score should increment by 1. After 1 minute, the game should stop and display the total score.

Ideas to get started