This step by step tutorial will demonstrate how to re-create the game “Flappy Bird” using the online version of Scratch.

Setting up the stage 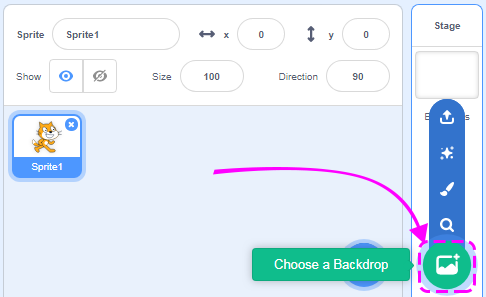 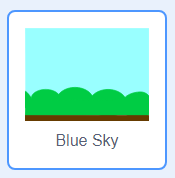 Next, we will delete the Cat sprite and create a new Parrot sprite: 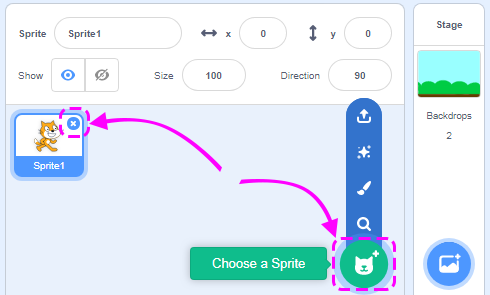 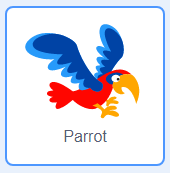 We will also resize our Parrot sprite to 25% of its original size:

First we will make sure the “Blue Sky” backdrop is always displayed when the game starts:

The let’s animate the parrot to make it flap its wings: 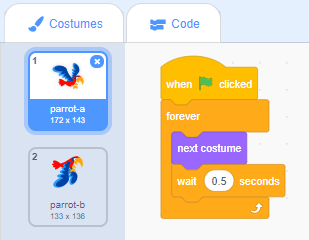 Every time the user presses the space bar, the parrot should fly upwards.

The idea is that the parrot should constantly be pulled down by gravity.

Adding a Game Over Screen

The games ends when the parrot hits the ground. To implement this we will first need design a Game Over screen/backdrop: 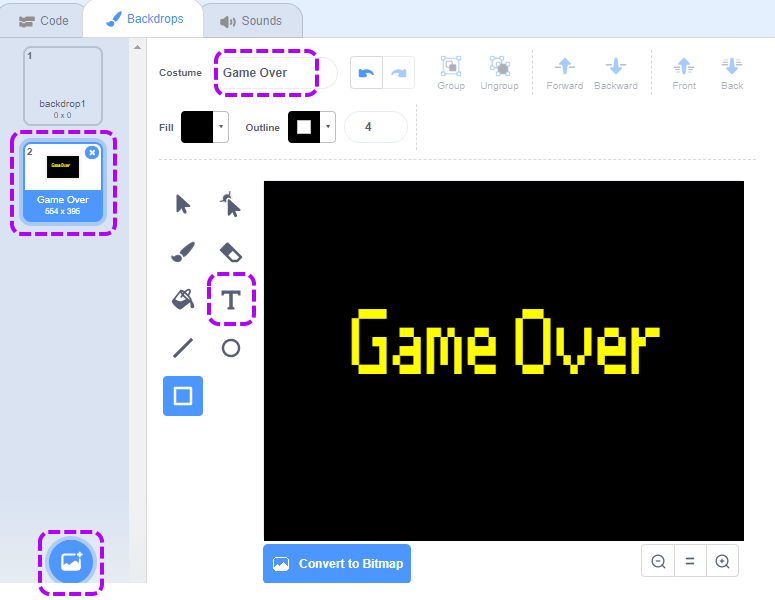 Then we will add some code to our Parrot sprite to detect when the parrot is hitting the ground. (On our “blue sky” backdrop, the ground has a brown color, you will need to use the color picker to retrieve this color): 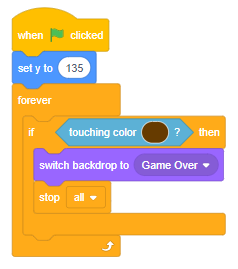 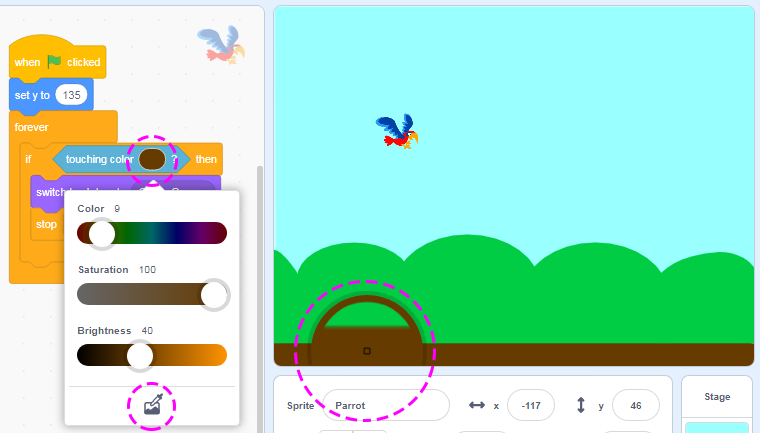 Let’s make a new variable called score. We will use this variable to score 1 point when the bird flies through as set of pipes. To do so we will need to go to the variable section:

Then you will click on the “Make a Variable button”.

Give a name to your variable: score and tick the option “For all sprites” 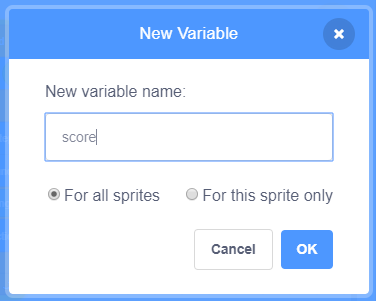 Make sure your variable is visible (Tick the checkbox next to the variable itself): 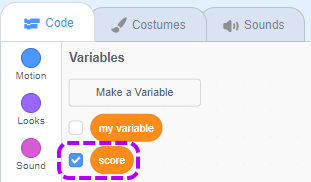 We will need to “paint” a new sprite for the pipe: 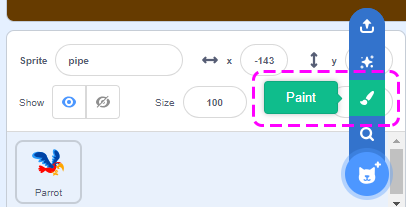 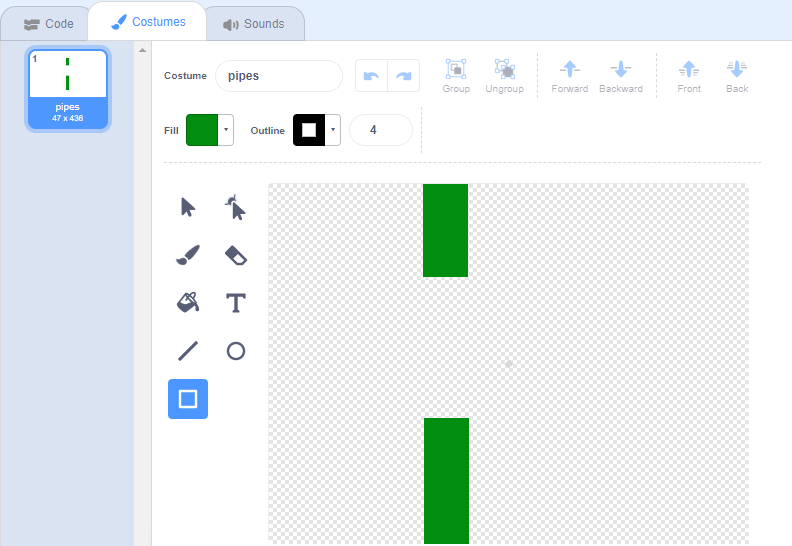 For our Parrot sprite we will edit our code as follows to reset the score to 0 when the game starts:

Now let’s add some code to our pipes sprite: 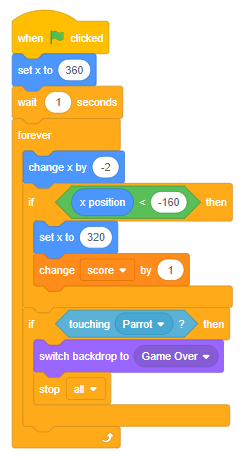 Finally, we will duplicate our pipes sprite:

And delay the second set of pipes by a few seconds: 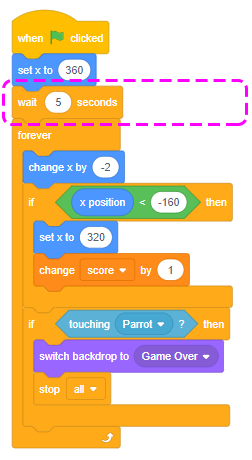 You can also edit the costume for the second set of pipes to have a different “gap”.

Add a “splash screen” with basic instructions on how to play the game. The splash screen should include a start button to start the game.

The “Game Over” screen should only be displayed for a few seconds and then switch back to the start screen to let the player play again. In this case the score should automatically be reset to 0.