For this challenge you need to write a computer program that will display all the numbers between 1 and 100.

Check the following flowchart used to generate the first 100 numbers using the Fizz-Buzz rules. (Click on the flowchart to enlarge it). 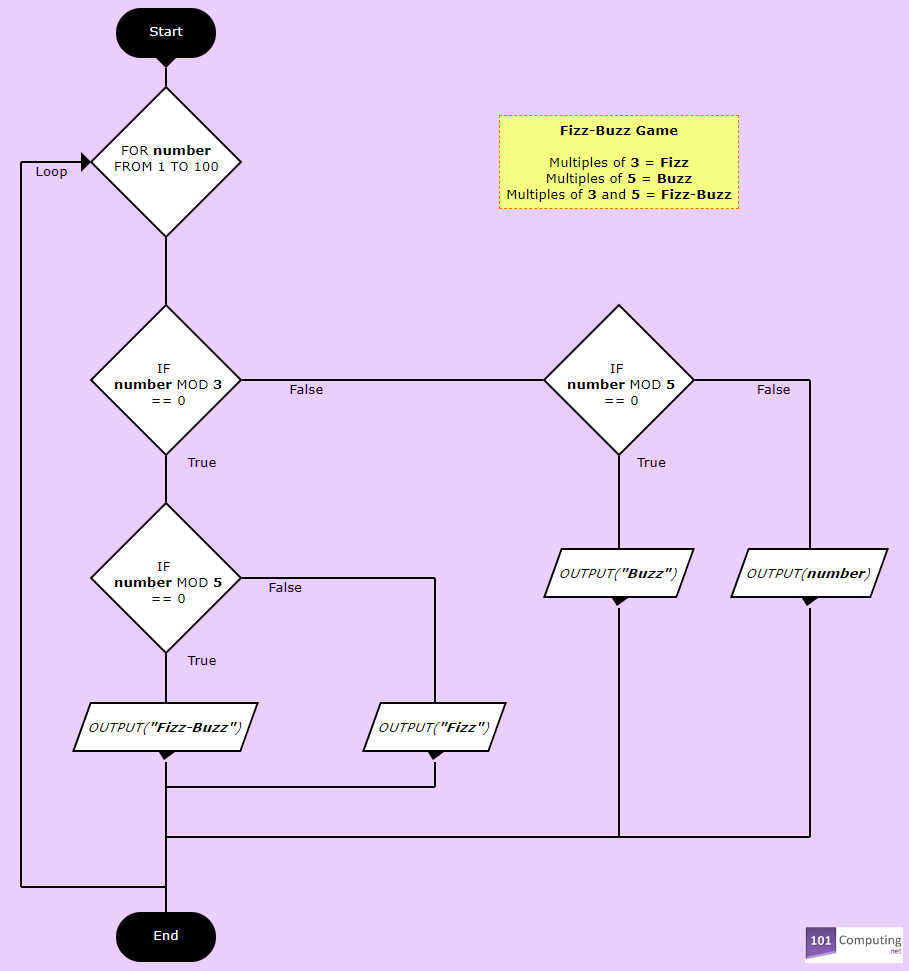 Use the above flowchart to complete this Python code.

Tweak this code to use the input command in Python. The program should ask the user to input numbers in order or type the word Fizz or Buzz when required. The program should check that the user has typed the right number or the right word and stop if not. It should then give the final score (How far the player completed the game).

Improve this code further to give the players three lives. The player can make up to 3 mistakes. Each time they make a mistake they lose 10 points but carry on playing till they lose their three lives.