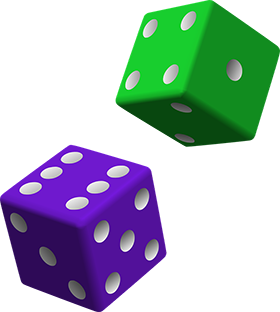 In this challenge, we will use a step by step approach to create a 2-player dice game with the following rules:

So let’s tackle this Python challenge one step at a time… You will need to type your code in the code window below, using the step by step checklist provided underneath the code window.