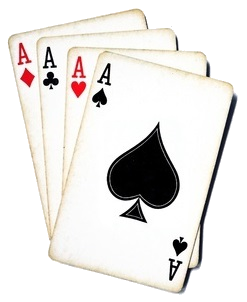 In this challenge you are going to create a blackjack game for one player. The computer will be the dealer.

Rules of the game

“Blackjack, also known as twenty-one, is the most widely played casino banking game in the world. Blackjack is a comparing card game between a player and dealer, meaning that players compete against the dealer but not against any other players. It is played with one or more decks of 52 cards. The object of the game is to beat the dealer, which can be done in a number of ways:

The player or players are dealt an initial two-card hand and add together the value of their cards. Face cards (kings, queens, and jacks) are counted as ten points. A player and the dealer can count his or her own ace as 1 point or 11 points. All other cards are counted as the numeric value shown on the card. After receiving their initial two cards, players have the option of getting a “hit”, or taking an additional card. In a given round, the player or the dealer wins by having a score of 21 or by having the highest score that is less than 21. Scoring higher than 21 (called “busting” or “going bust”) results in a loss. A player may win by having any final score equal to or less than 21 if the dealer busts. If a player holds an ace valued as 11, the hand is called “soft”, meaning that the player cannot go bust by taking an additional card; 11 plus the value of any other card will always be less than or equal to 21. Otherwise, the hand is “hard”.

The dealer has to take hits until his or her cards total 17 or more points. (In some casinos the dealer also hits on a “soft” 17, e.g. an initial ace and six.) Players win if they do not bust and have a total that is higher than the dealer’s. The dealer loses if he or she busts or has a lesser hand than the player who has not busted. If the player and dealer have the same total, this is called a “push” and the player typically does not win or lose money on that hand.”

You can check this game online.

Your challenge is to recreate this game for one player only using your chosen programming language (e.g. Python, JavaScript…). The end-user will play against the computer (the dealer).

To start with you may want to create this game using a text-based interface. Cards could be displayed as follows:

You may also want to investigate unicode characters to display the selected cards in a more visual way.

Tips / Questions to get you started

Before getting started you may want to ask yourself the following questions?

Should you decide to create a full graphical user interface (e.g. as a webpage using HTML & JavaScript or as a Python program using graphical library such as PyGame) then you can download the graphics for each of the playing cards from wikimedia. 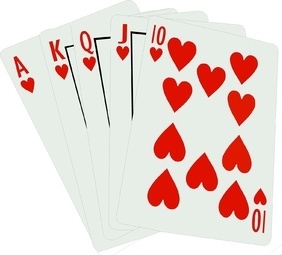