Whack-a-mole is a popular arcade game invented in 1976 by Aaron Fechter of Creative Engineering, Inc.. The adaptation of this game to the mirco:bit has been fully designed and implemented by one of our students during a computer science lesson!

The aim of the game is to use a mallet to strike a mole within a certain time. Moles randomly appear for a short time above a hole.

As we will be using the micro:bit, our game will consists of two holes and two moles. The player will strike a mole by pressing the A or the B button on the micro:bit depending on whether the mole appears on the left or the right hand side of the LED screen.

Look at the picture below. The ! represents a mole on the left hand side, The player has less than 1 second to whack this mole by pressing the A button. 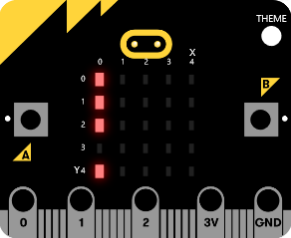 Can you identify which section of code is used to:

Tweak this code so that both moles can appear at the same time. In this case the player needs to press both buttons A and B simultaneously to strike both moles otherwise they lose. 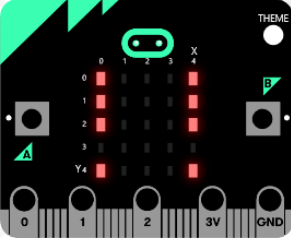 When the user strike both moles simultaneously they should get a 5-point bonus added to their score. 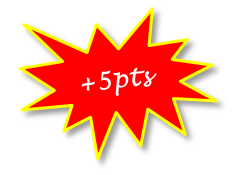 Tweak your code so that the time given to the user to “whack a mole” decreases when the score reaches 10 points, 20 points, 30 points etc.