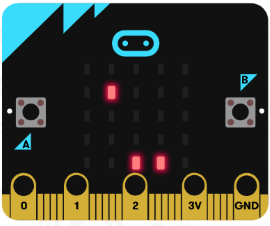 In this tutorial, we will create a simplified version of Pong for 1 player to play using a micro:bit.

The challenge is to create the game considering that the micro:bit screen consists of a 2D grid of 25 LEDs (5 by 5 grid).

To implement this game you will need to use the micro:bit website to create the code using the JavaScript Block Editor.

First we will initialise the main sprites: 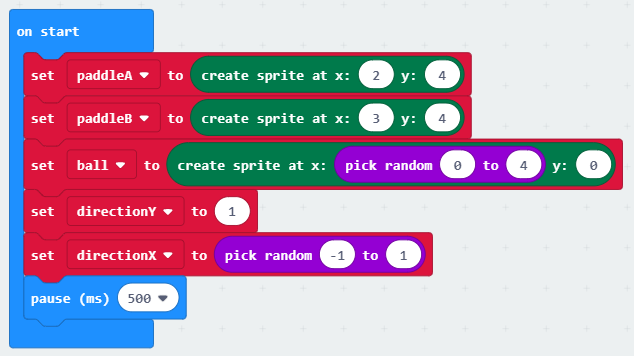 The main sprites are:

The most complex part of the game is to control the movement of the ball sprite. Every 500ms, the ball moves in the direction set by the (directionX,directionY) vector. Based on its new position the code provided below detects different possible scenarios: 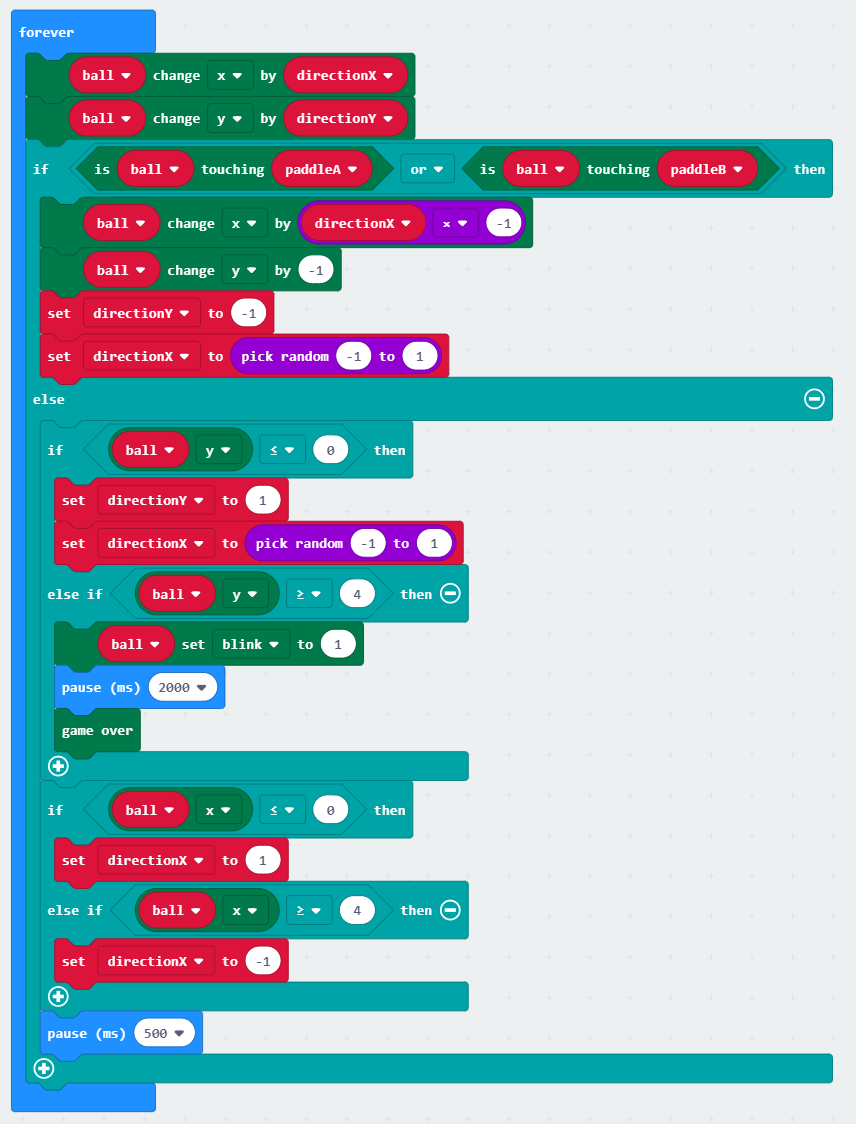 The code is now complete. You can recreate the game and then customise it further by adding a scoring system, or by making the ball move faster (using a shorter delay/pause) every time the ball hits the paddle.