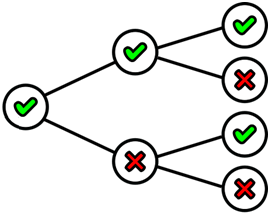 In computer science, an abstract syntax tree (AST), or just syntax tree, is a tree representation of the high level source code.

The following tool enables you to type/import some high level code (Javascript) in the first tab below and generate the list of tokens and the Abstract Syntax Tree corresponding to your code. You can see what the tree looks like using the JSON format (third tab) or as a visual representation (fourth tab). 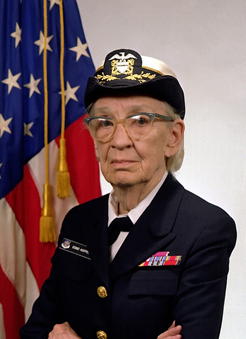 Grace Hopper had a key role in the development of computer science. She invented the concept of sub-routines to help programmers save time when writing code. Her work on developing high-level languages was also motivated by the need to be able to save time when writing programs, as writing low-level code can be extremely time consuming.

Nowadays, when we find an error in a computer program, we call this error a bug. While Grace Hopper was working on a Mark II Computer at Harvard University in 1947, her team discovered a moth stuck in a relay. The moth impeded the operation of the relay by creating a short-circuit. The problem was fixed by removing the moth (debugging the relay!). The following picture is a photo of the notes from Grace Hopper and her associates with a picture of the actual moth! 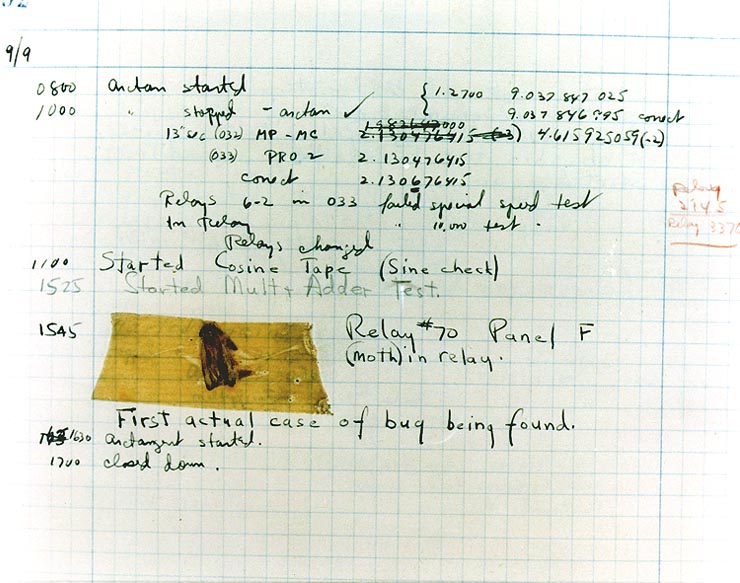